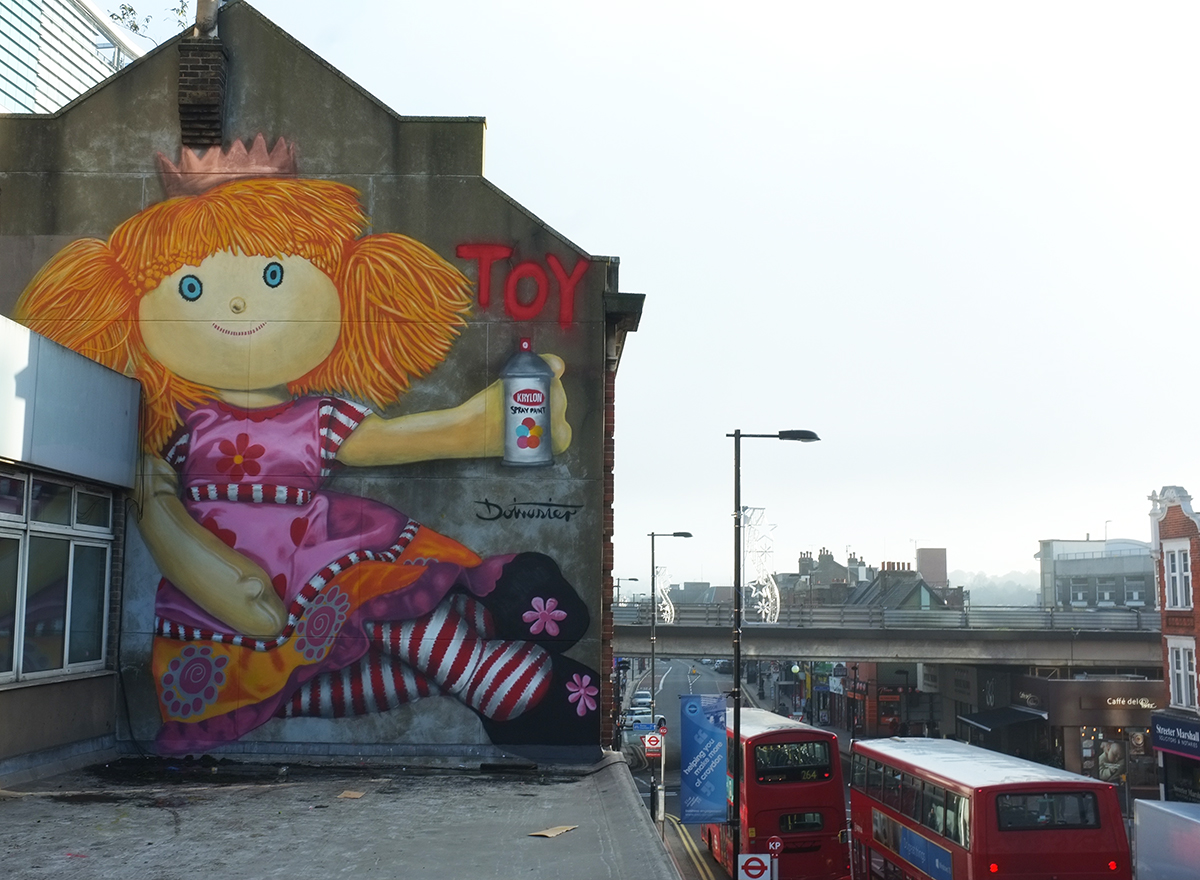 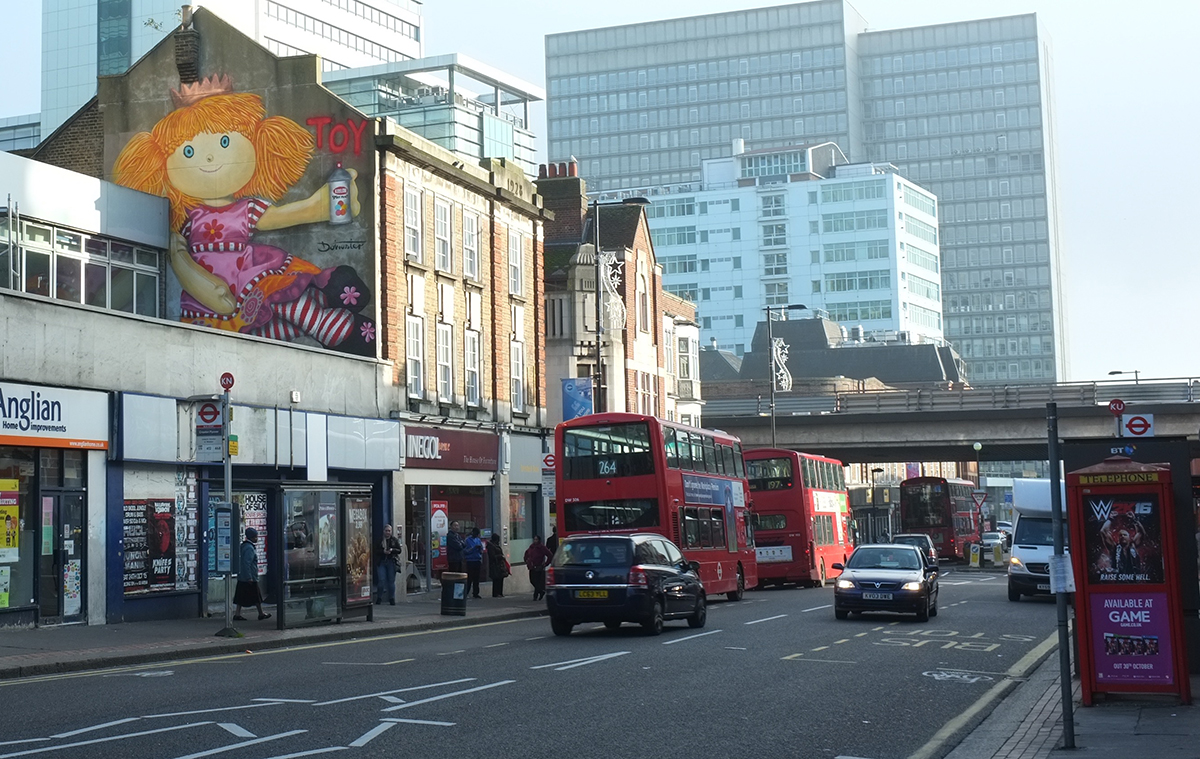 There are some new toys in Croyden! I’ve been painting there for a week and the first wall is done. The second is underway and should be finished by Friday. The two will stand opposite each other and are part of the biggest toy’s in Toy Town series first started years ago at Nuart in Stavanger.There’s loads of new street work in Croydon at the moment and there’s series of large scale street works planned by The Croydon Mural project which is produced by The Rise Gallery and Attollo art, Cheers guys!

can be found on google maps here