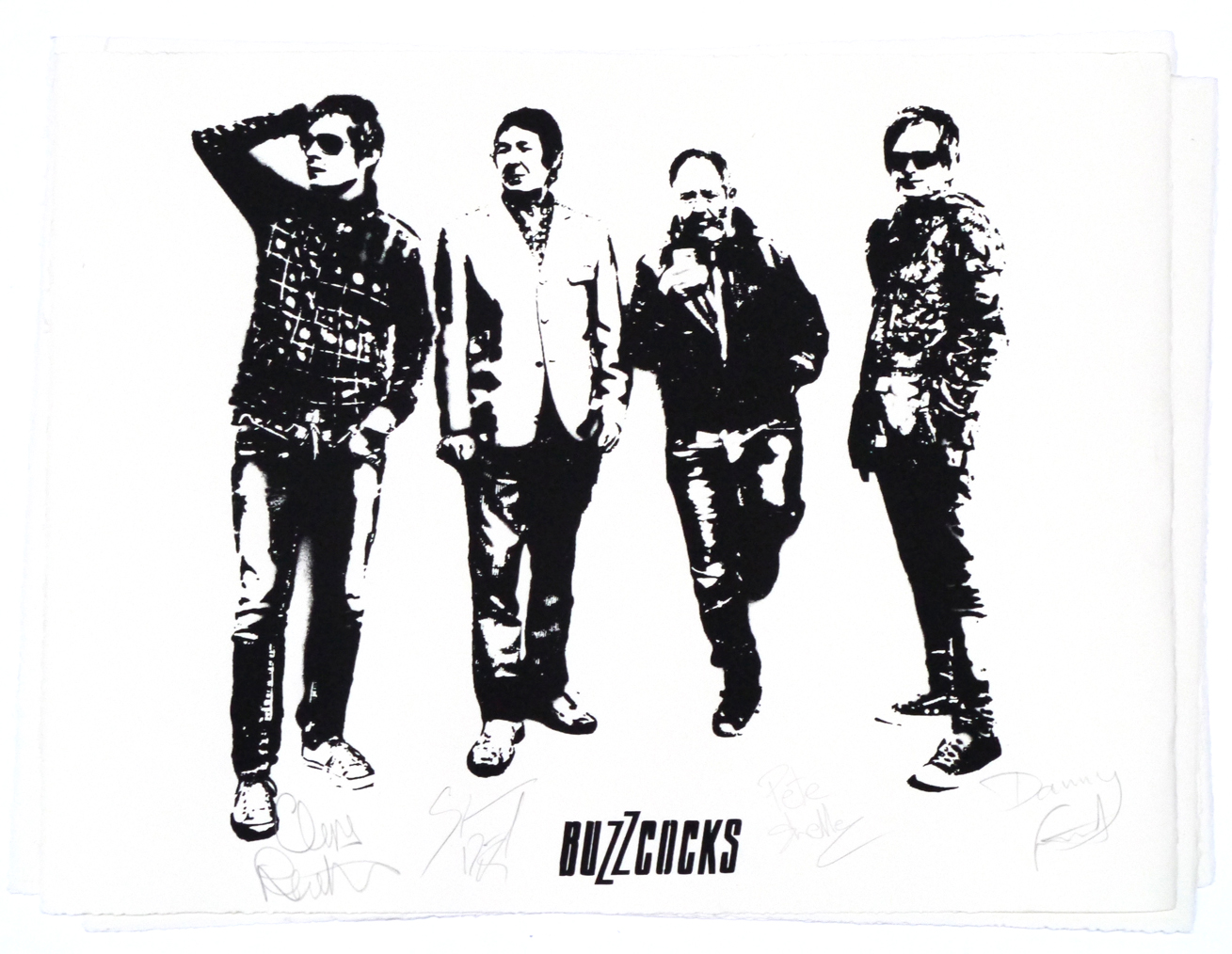 I’ve had a close relationship with The Buzzcocks since working with them on their 30th anniversary tour in 2006, creating visuals for their tour and designing the cover for their live album. When they announced that they were releasing a new album, it was a good opportunity to collaborate again and I’ve created the artwork for The Way, released this month.
To celebrate the launch of the album, I used the stencil to create a fine art print on 250grm Reeves off-white paper, with a single silk-screen print. There is a small edition of prints signed by The Buzzcocks, and a run of 76 (the year they started)  as a edition of prints signed by me. you can find them in the Shop link in the menu above