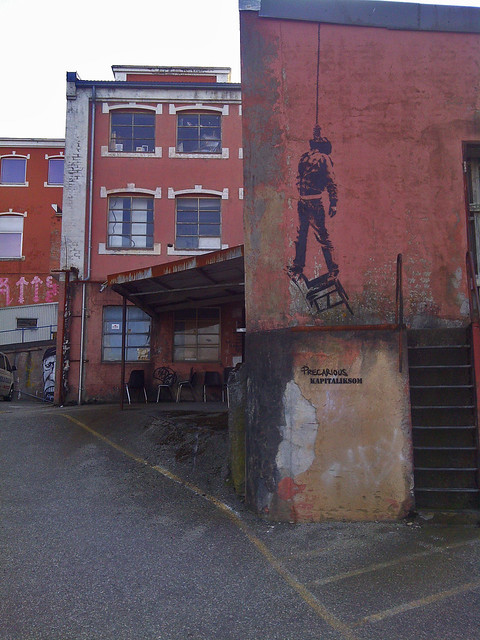 So the project i was working on in Bergen was postponed due to the sad imbecile who decided to try and go down in history through incredible acts of stupidity and cruelty in Oslo last week. I won’t dwell on it but the best thing we can do in reaction is to ignore the sad fuck and commiserate with those affected. Anyhow after a brief stop in Bergen i flew to Stavanger to paint the canvases bought during the Outside in show, luckily the postponement gave me extra time to furfil the mountains of orders placed at the gallery. Thanks Stavanger i feel really loved. Of course because i was stuck in the studio the sun decided to shine, why o why couldn’t done that for the last time when i was stuck up a cherry picker for 60 hours. Today it became too much and i had to get out on the street and put something up (as you can see above). The police even drove past, slowed down waved and continued on their way…you gotta love this town.

Banging them out in the Numusic office.

This week Stavanger was host to the tall ships race, the harbor was chock a block with boats of all shapes and sizes, with the largest tall ship in the world in attendance. Walking along the harbor side was like being transported back to the 1700’s a really cool festival.