Finally a show abroad ! Old time collaborator 2b art gallery are an old head on a new body. I’ve been working with these guys for a decade in different guises. An amazing space to show art, the Portals Nous Grand hotel is a space that we have invaded before, many moons ago.

Check out how we bombed the space before the current hotel was built!

This time its canapés and cans… as the final installation of works from old friends fill the newly designed and built 5 star hotel…oh how times have changed eh!?

This will be the first outing for a full canvas showing for my Stick em up works on canvas. It will be nice to finally show you what they look like in the flesh.

From June 10 – July 31, 2021
2B Gallery is excited to announce its first group exhibition titled “Cross the Line”. From June 10th to and 30th of July 2021, at 2B Art & Toys Gallery, located at the Iberostar Hotel Portals Nous
Grand, Carrer Falconer, 19, 07181 Portals Nous, Illes Balears.
“Cross the Line” group exhibition will feature works of four internationally established artists whose art is intricately linked to the urban environment. In this exhibition, Nick Walker, Ben Eine, Dotmaster, and El Pez invite us to overstep the invisible line that separates the comfort of the established from the inevitable transgression. In making visible both the restrictions and the freedoms of urban culture, they explore how identities and histories are created, transformed, or invented. Through irony, Nick Walker represents criticism, Ben Eine is the master of lettering, Dotmaster is the magician of counterpoint and refined aesthetics, while El Pez presents
new and direct communication with the public. Each one represents their own type of language within urban art, but together they become icons of nonconformity.

When we found out there was no Glastonbury 2018 we decided to take the Unfairground on tour. Having presented some of the sideshows in the Palace of Wonder (the late night spot at Fuji Rock) in 2012, when Glastonbury last rested the land, It seemed only natural to take the whole motley crew off to Naeba for 2018’s 20th anniversary of Fuji rock ! 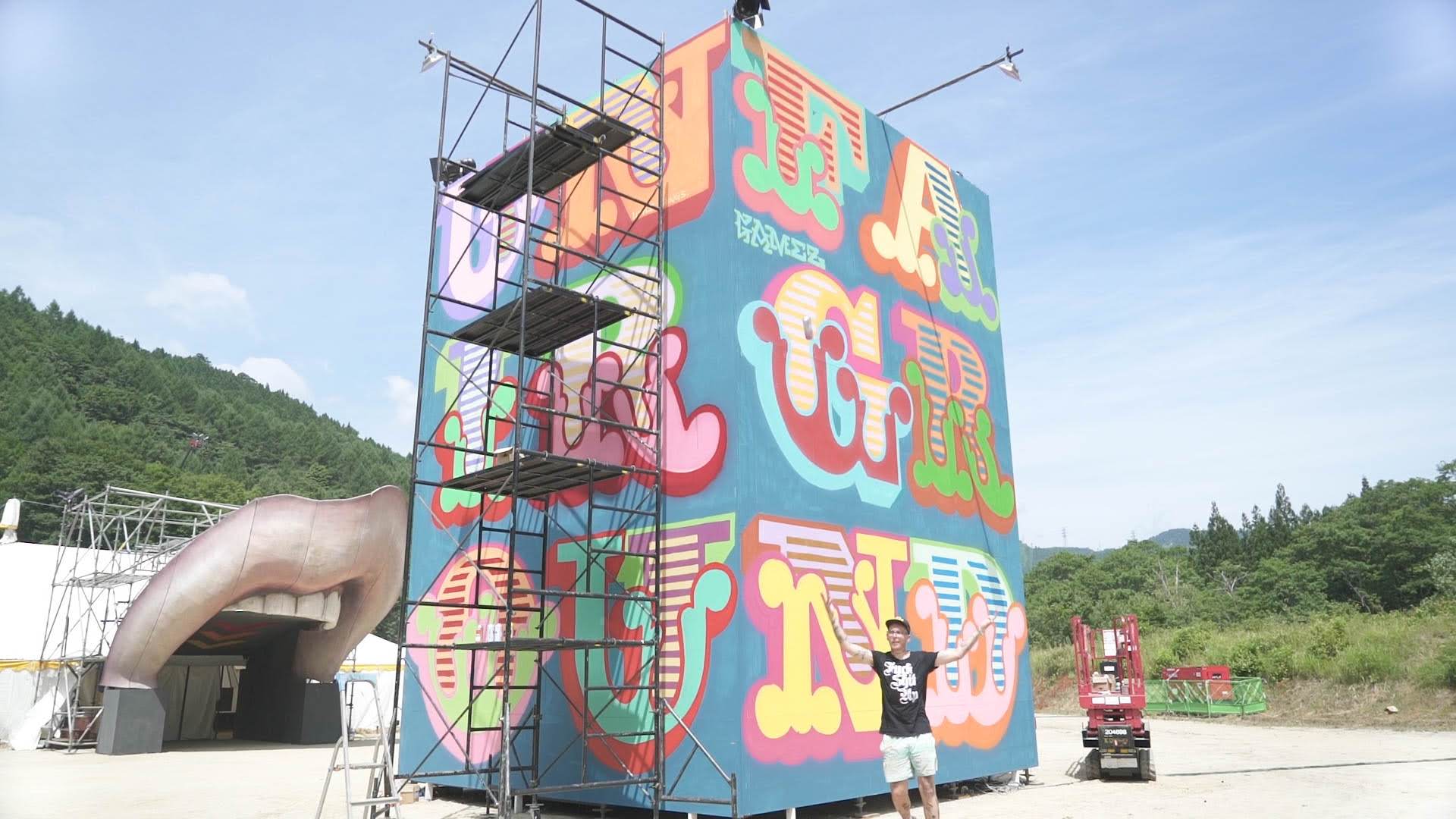 For our Japanese trip we recruited Unfairground favourites Ben Eine and Inkie on painting duties as well as Local legend Masagon and Myself. We packed Sam Haggerty’s sculptures into a shipping container or two and sent them off to Japan in May. 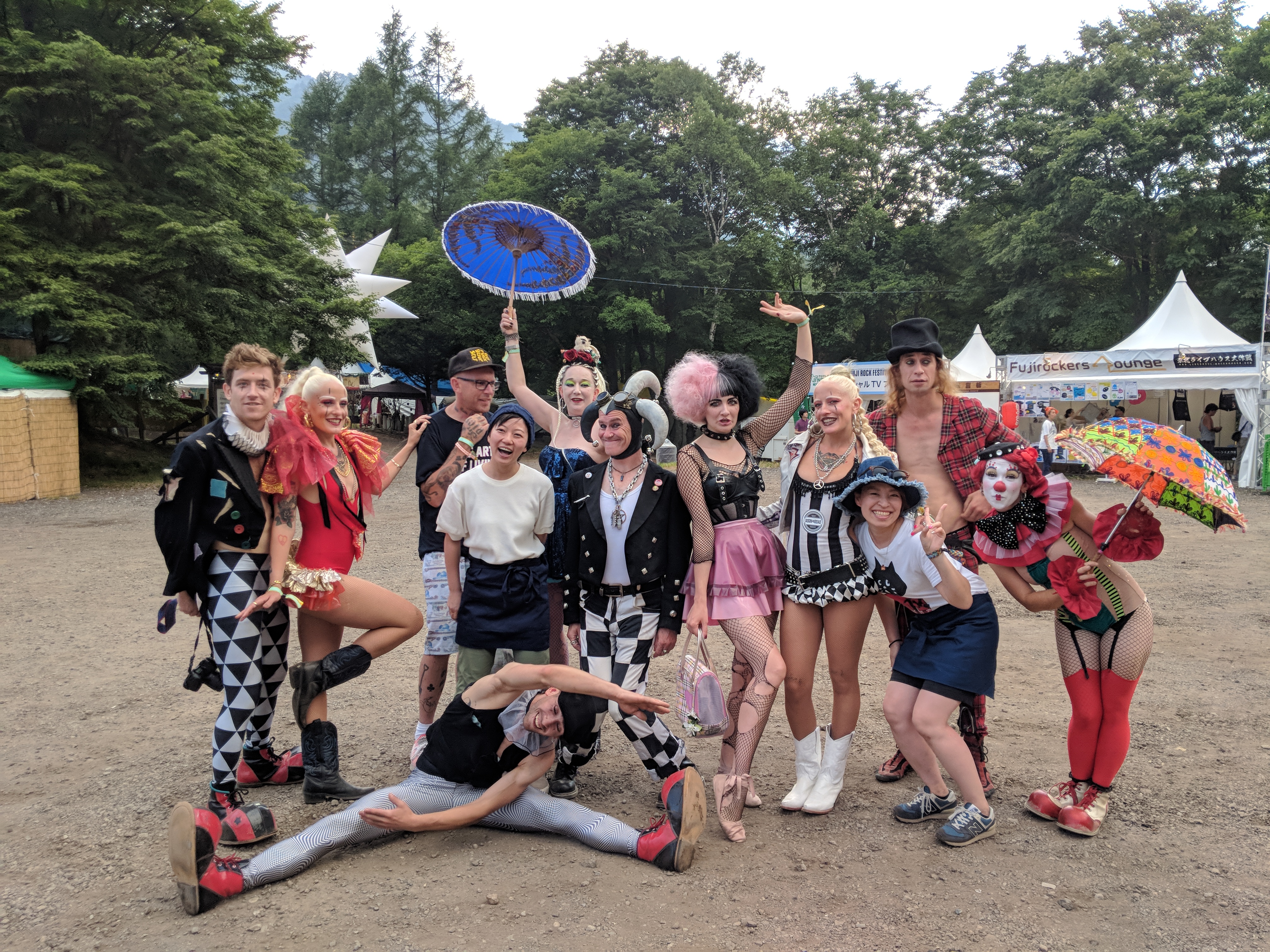 Pryratrix Circus Joined us to help entertain the crowds, with Born on road, Jagz Kooner and Jack from Children of acid providing the tunes for the weekend. In all a Uncrew of 50 headed off for the mountains of Naeba, taking a slice of site life to fields of Fuji rock. 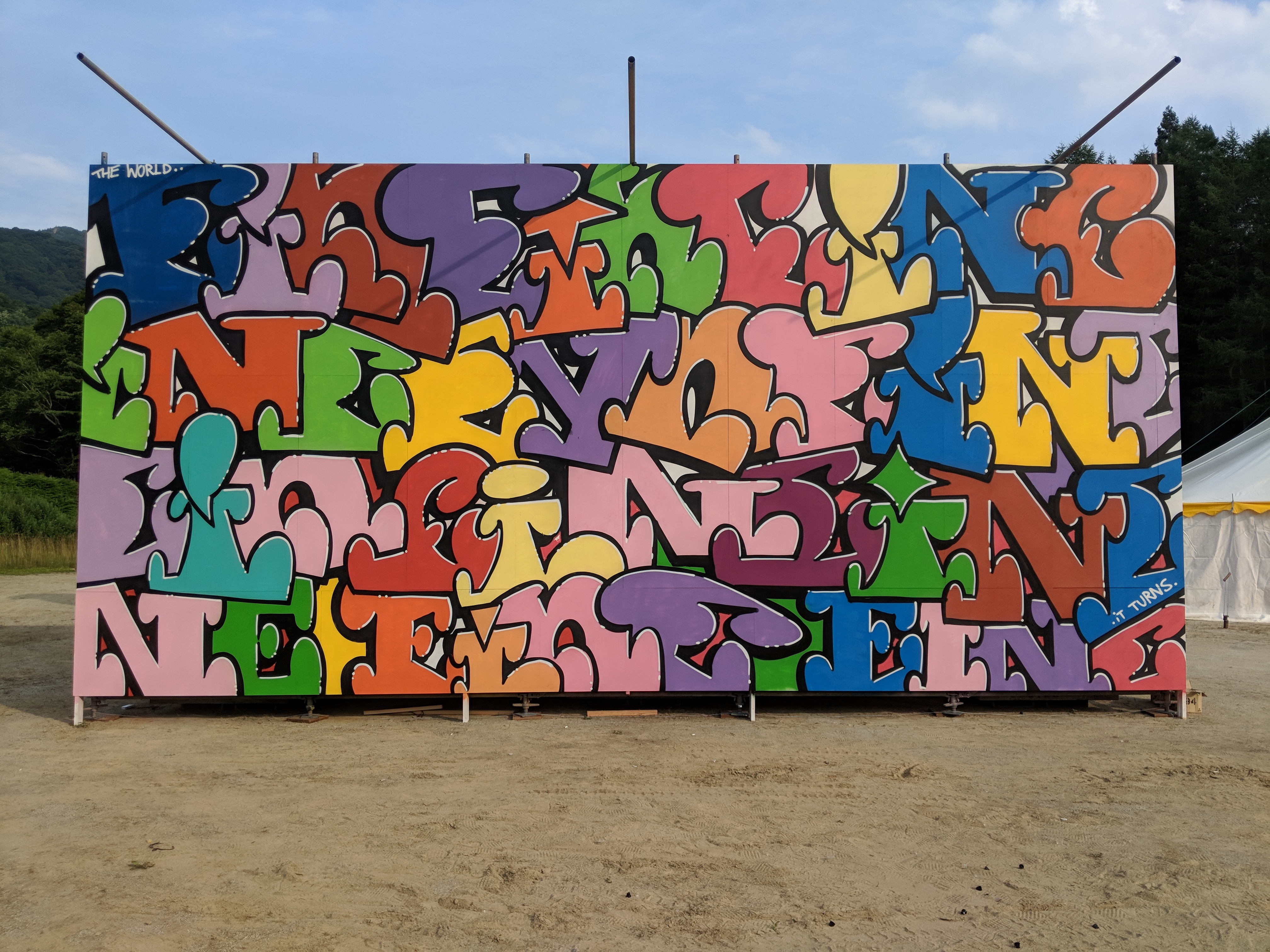 Ben Eine mixes it up 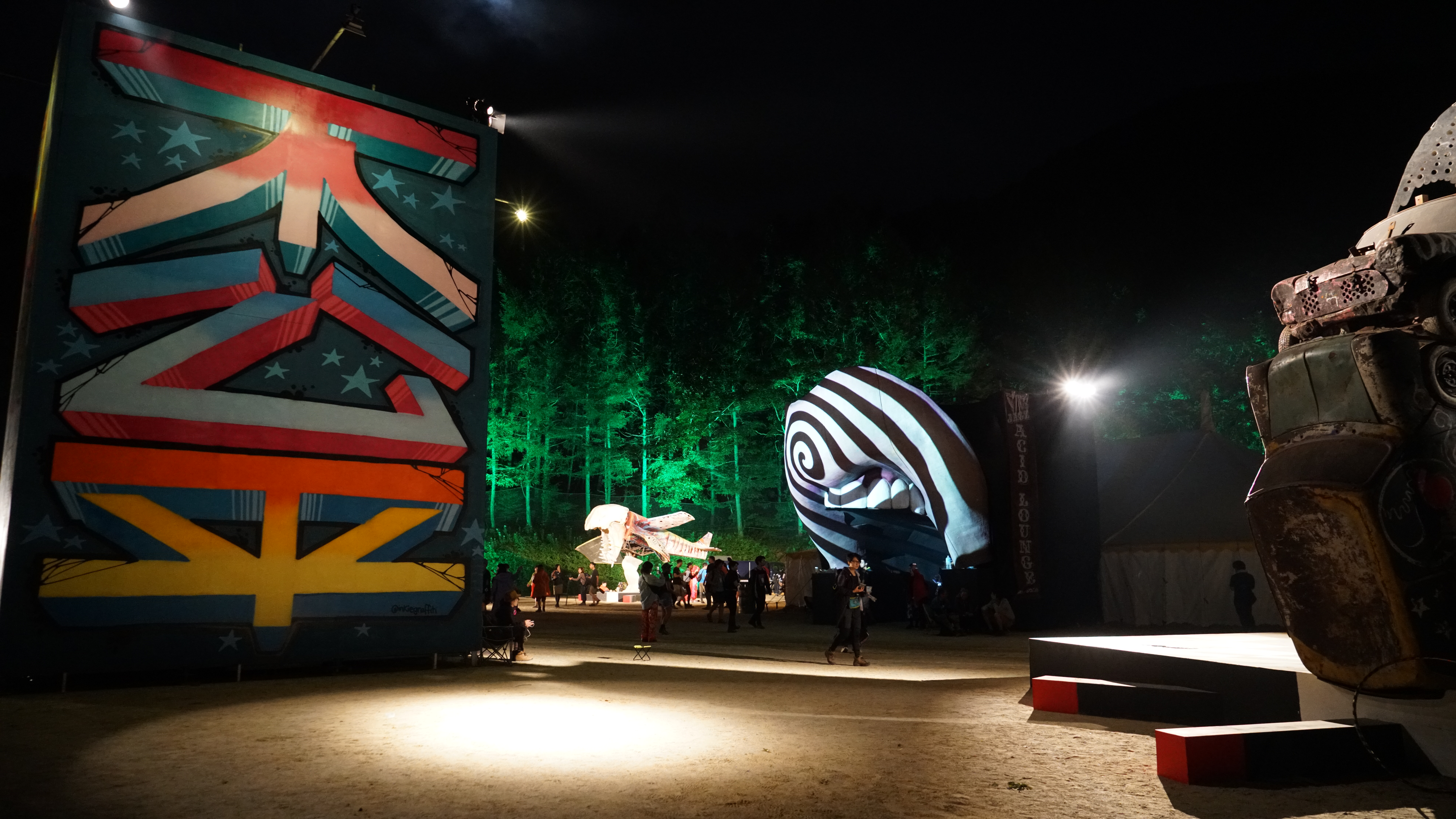 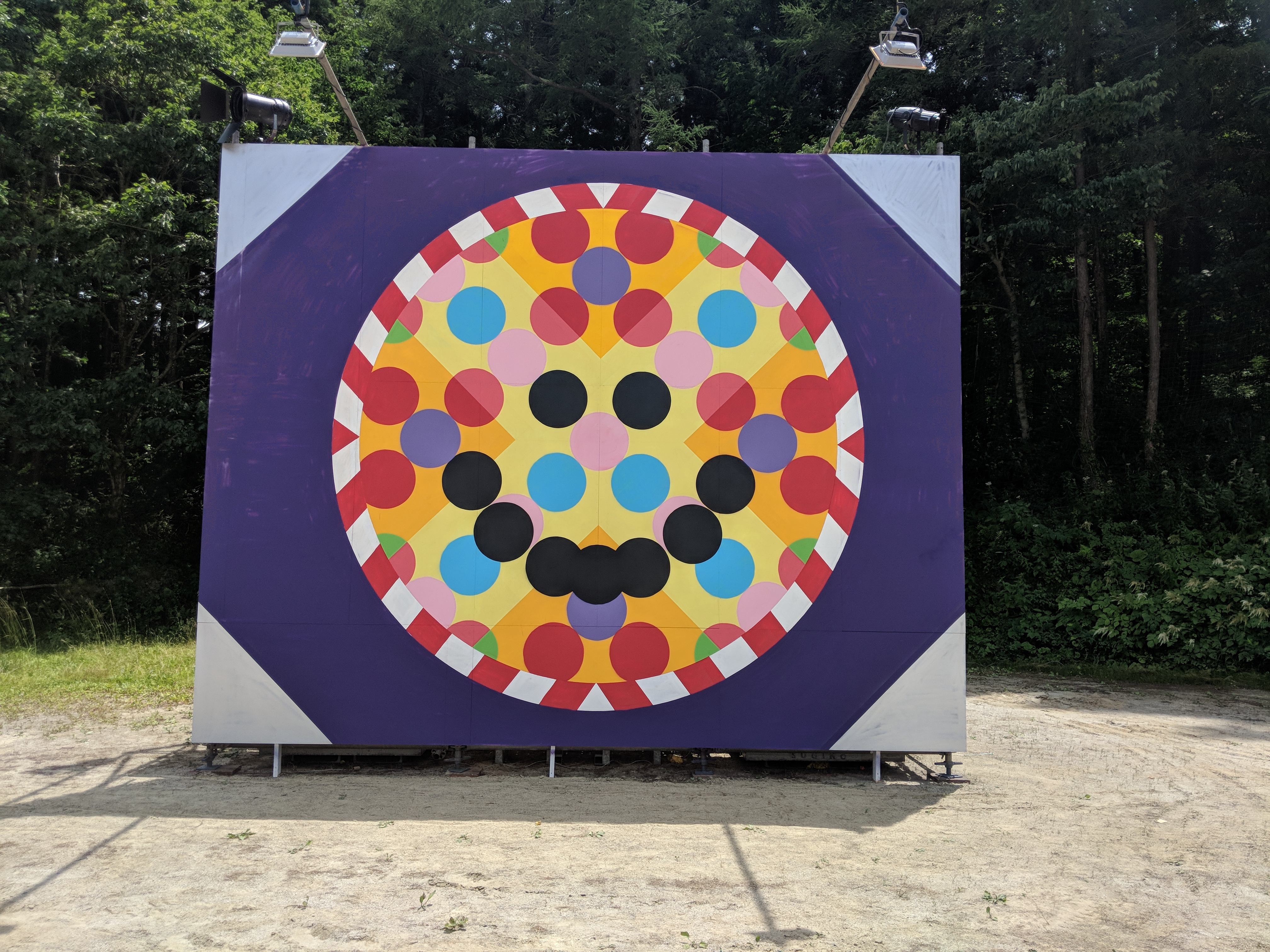 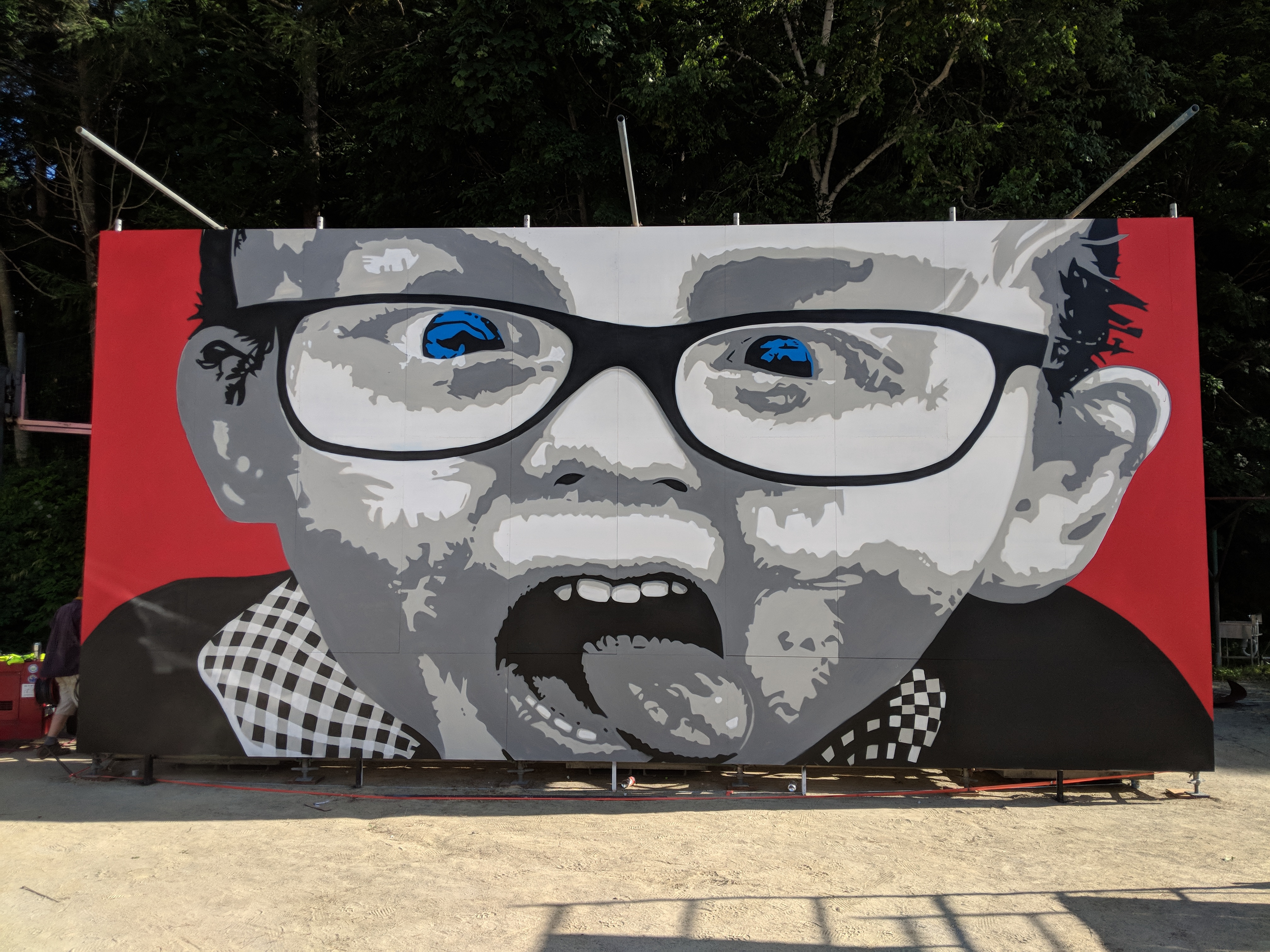 And Dotty went freehand.
With the hottest weather on record, the Unfairground crew melted across the old Orange court. Thankfully The Typhoon that hit us Saturday night didn’t cause too much damage. We’d like to Thank Naeba and Yuzawa councils for inviting us, Smash go round for making it all happen and Bryan burton lewis for being so special. Thanks to all who came, threw some shapes and tagged us in those million photos that got taken! Thanks Guys it was real! 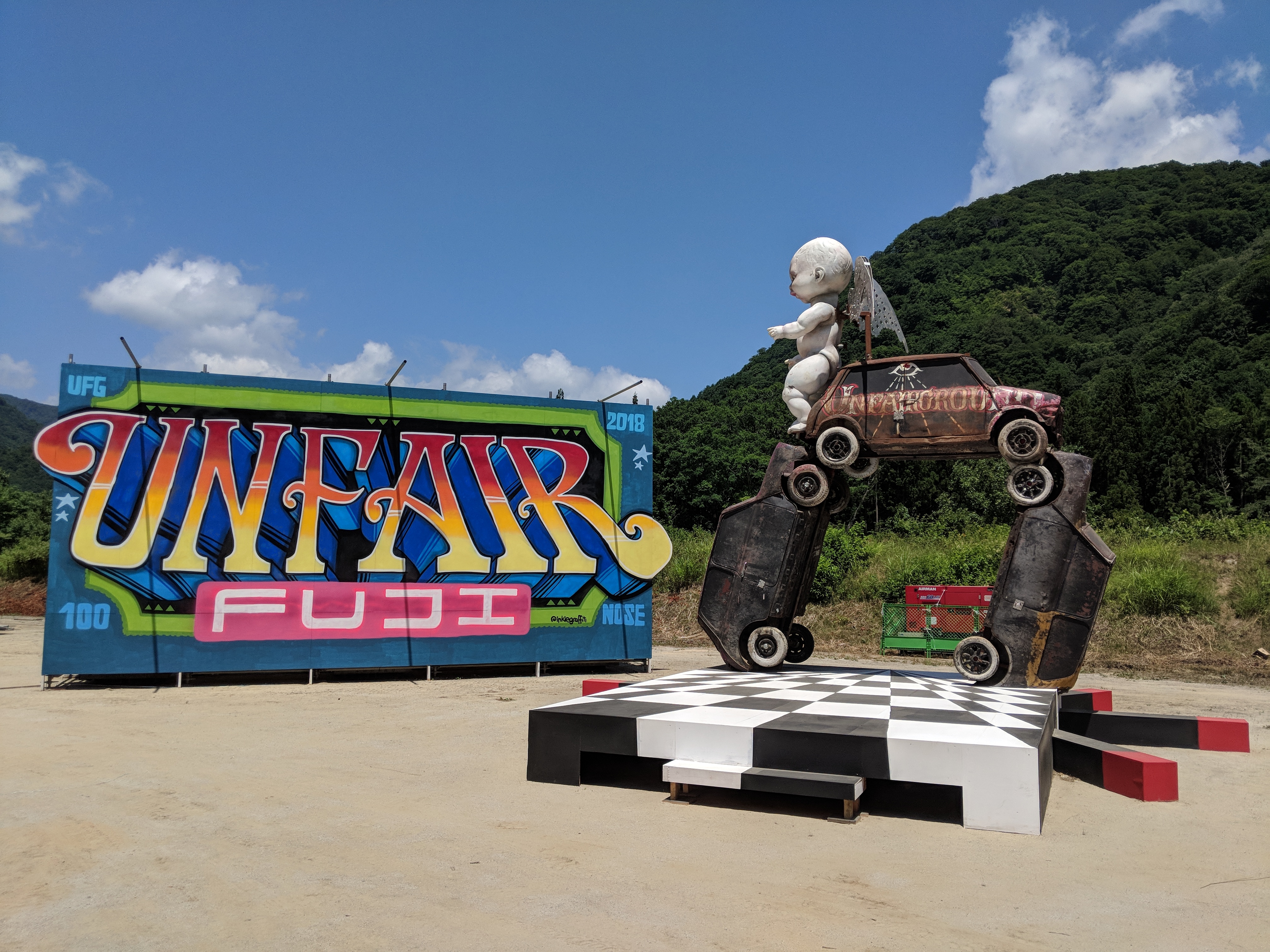 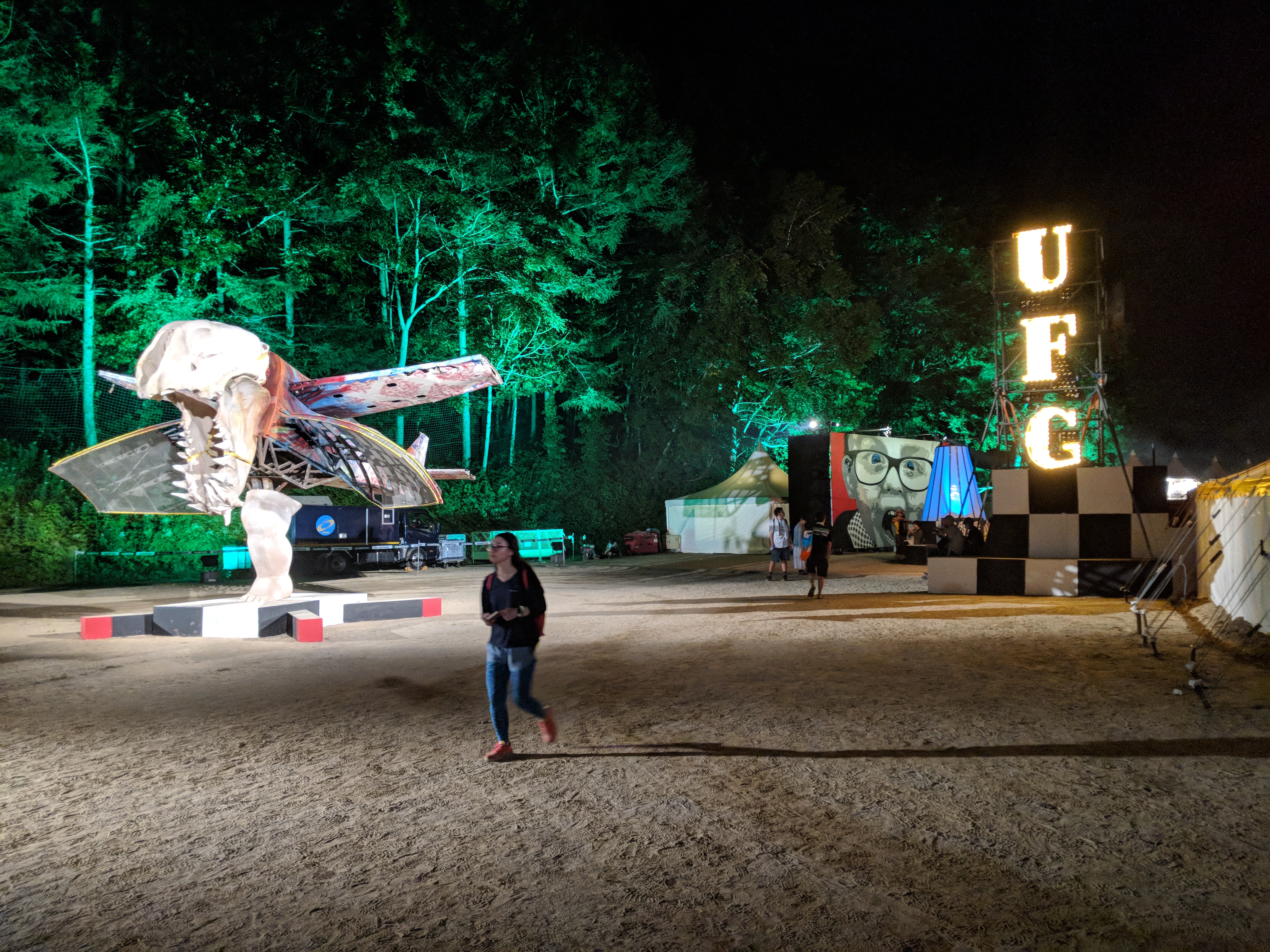 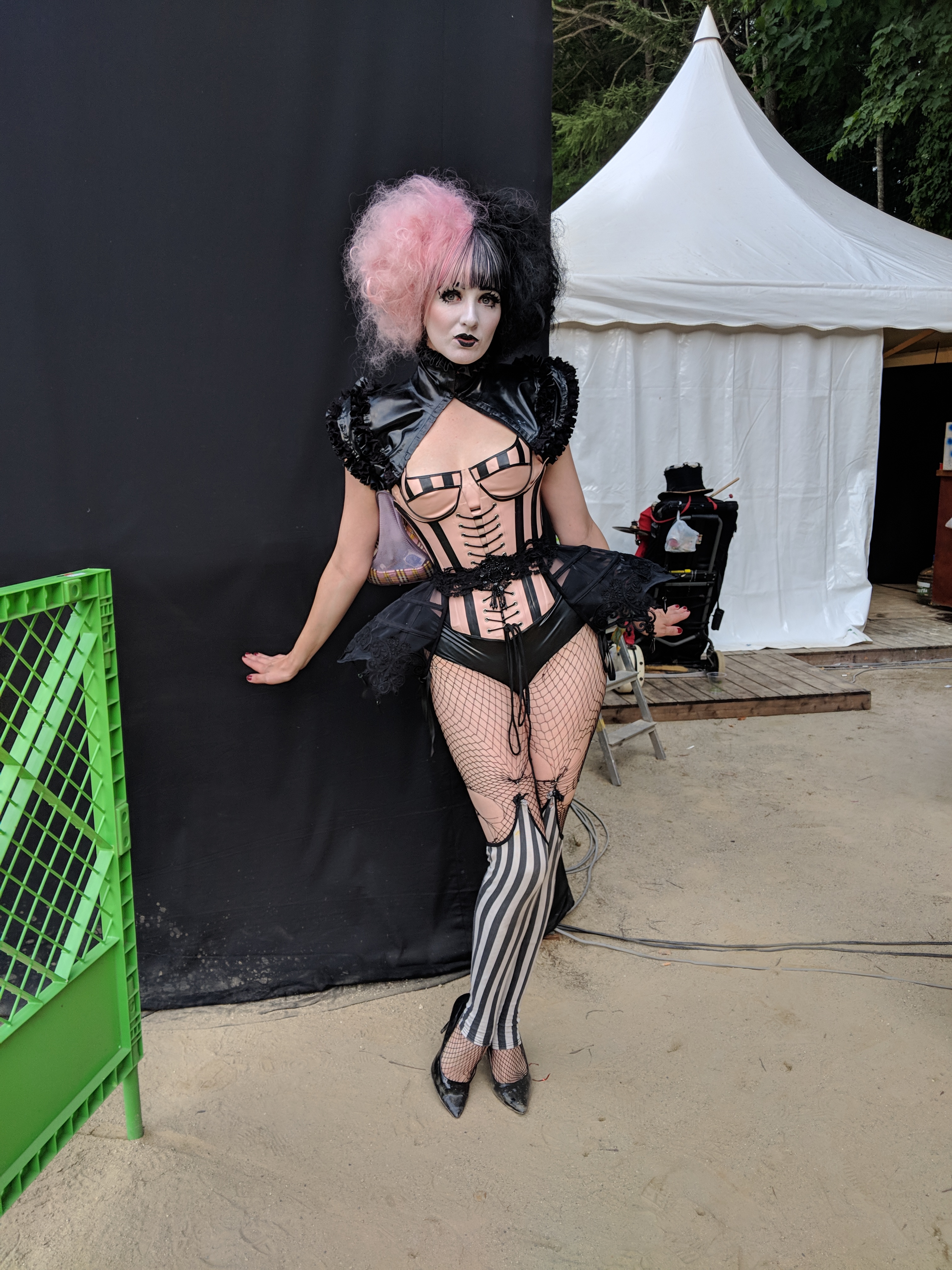 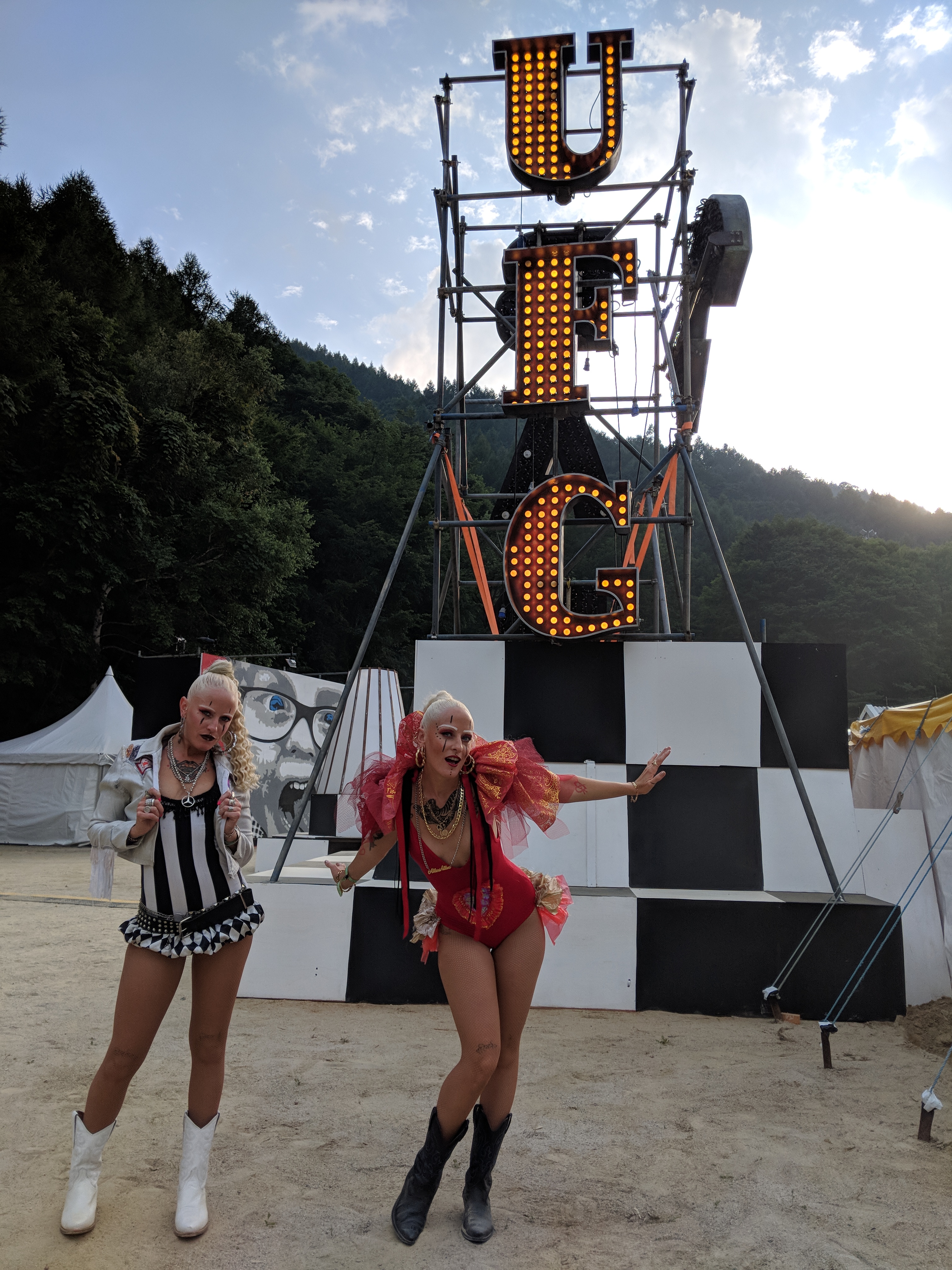 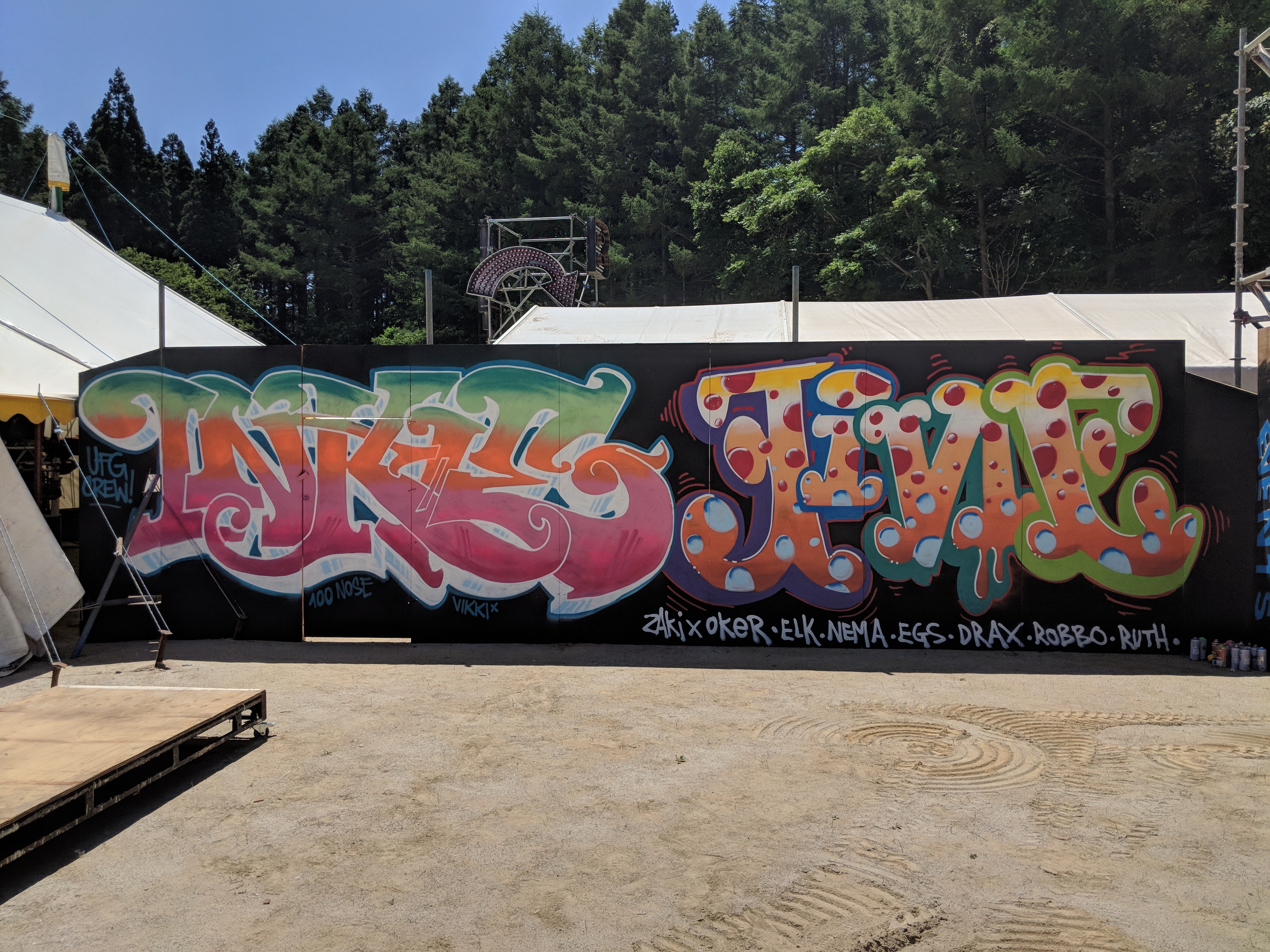 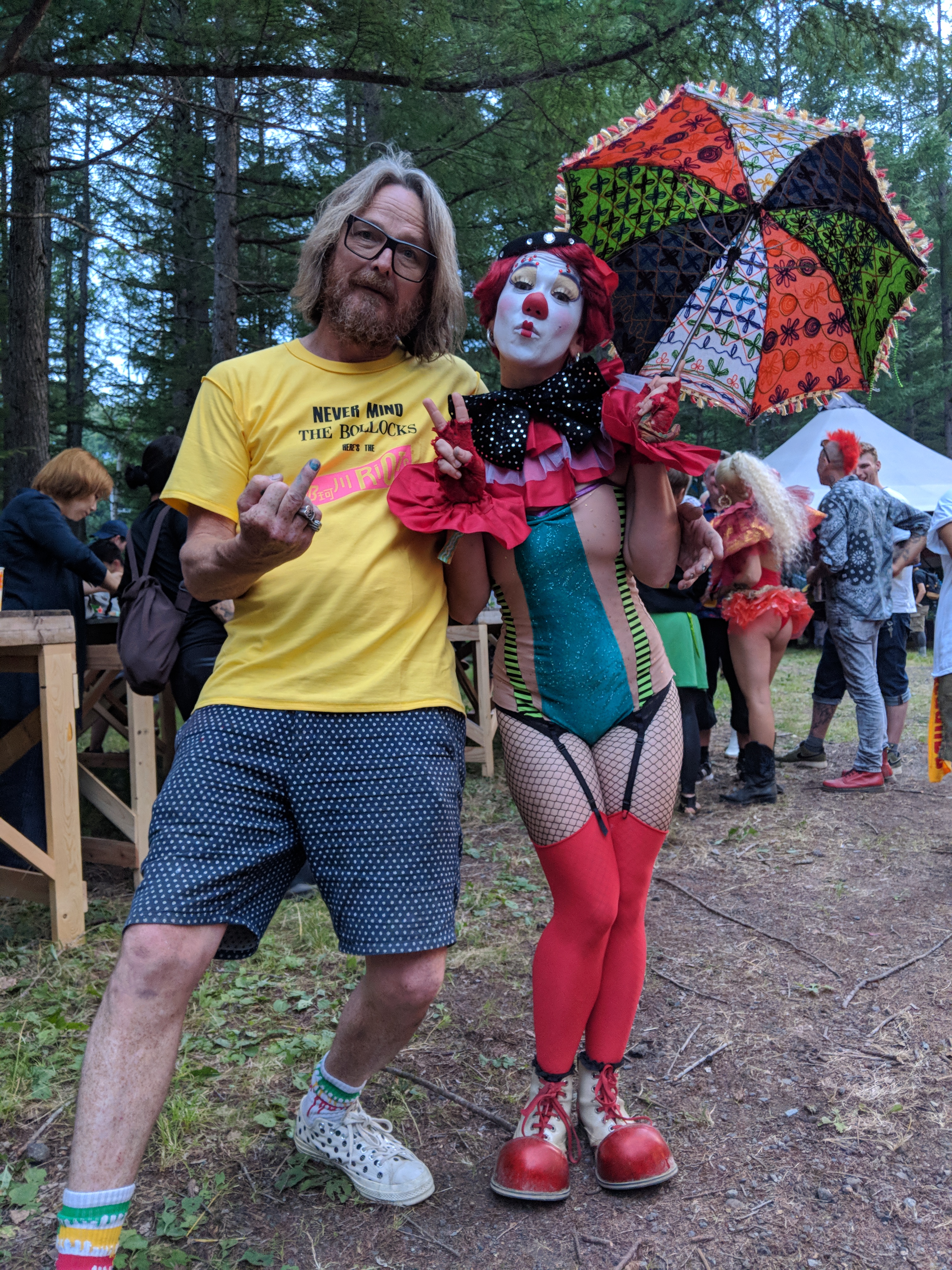 Well if you can remember San Francisco, you haven’t been there, or so the saying should go. Had an amazing week in San Fran, it’s a hell of a town, Thanks to John, Kristen, Julio, Ben & Carrie and Megan.
Can’t really say why i was there, thought i’d be doing some stuff on the streets, having some meetings about projects to come…. but ended up painting large walls with Eine. However i did make a load of work thanks to the generous studio of EineSigns. It was a crazy week  and there’s little to say in words but apparently pictures speak louder so… 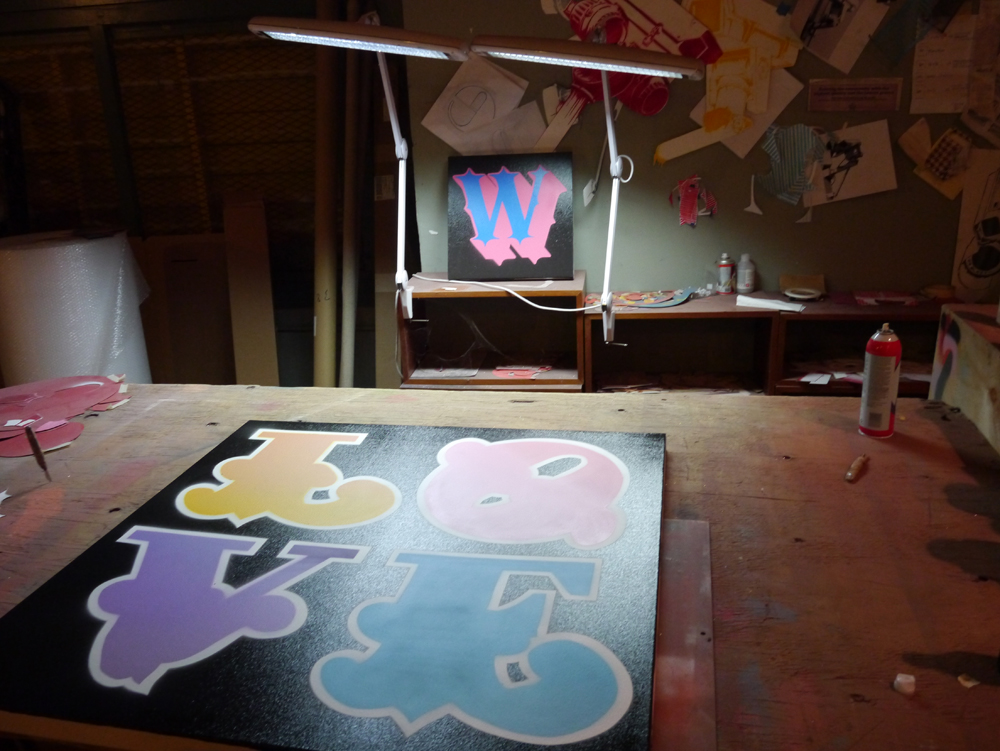 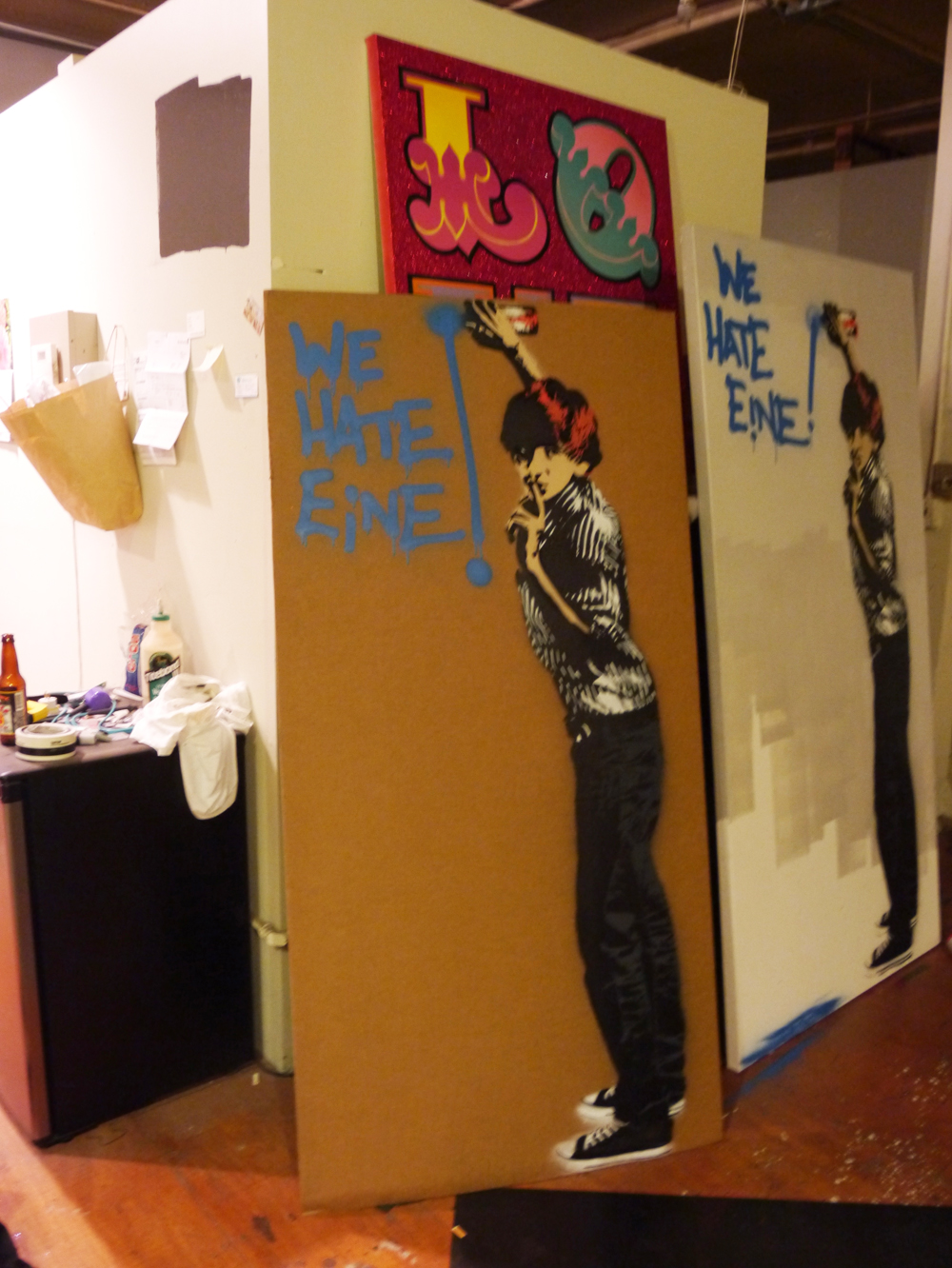 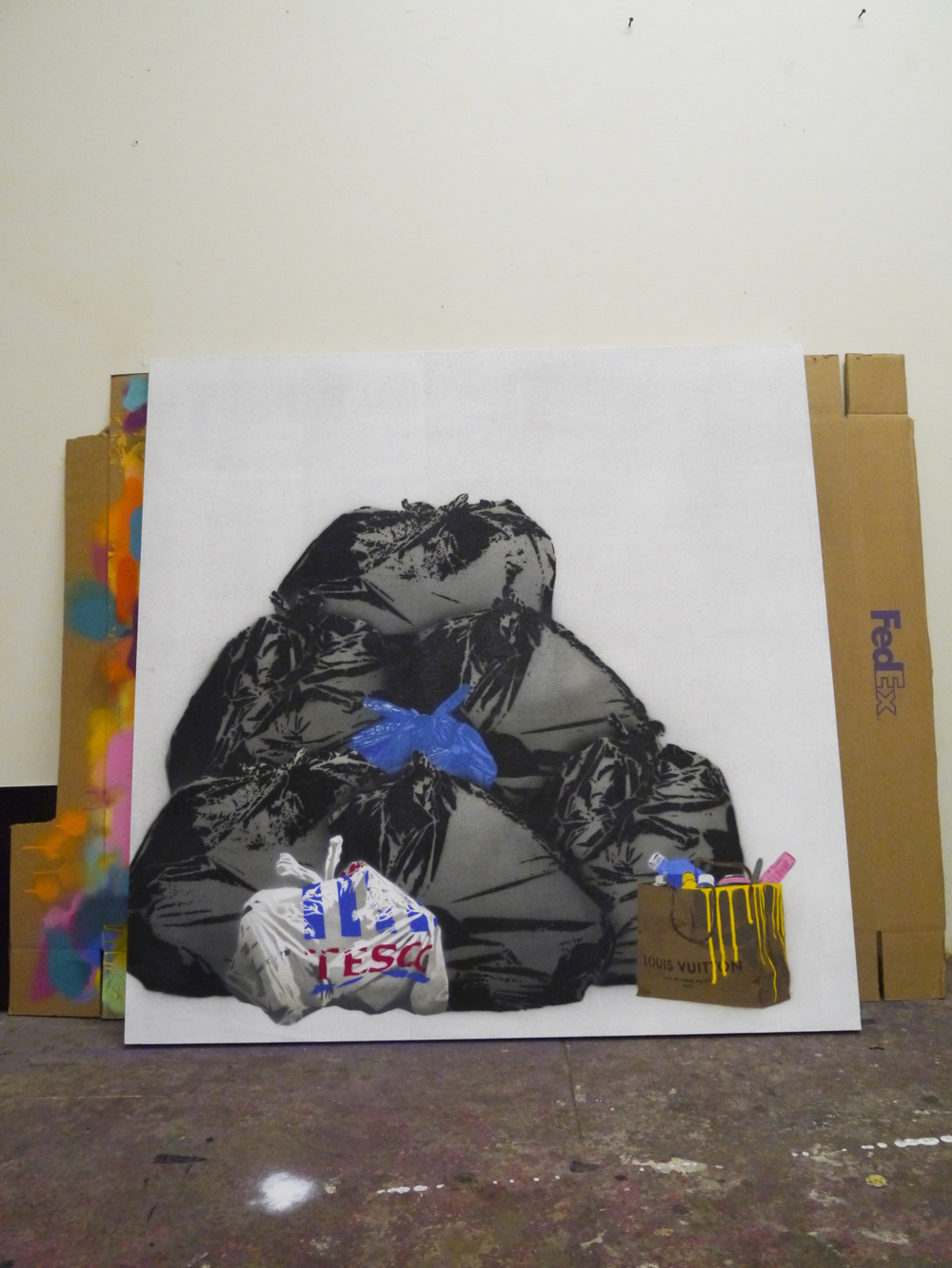 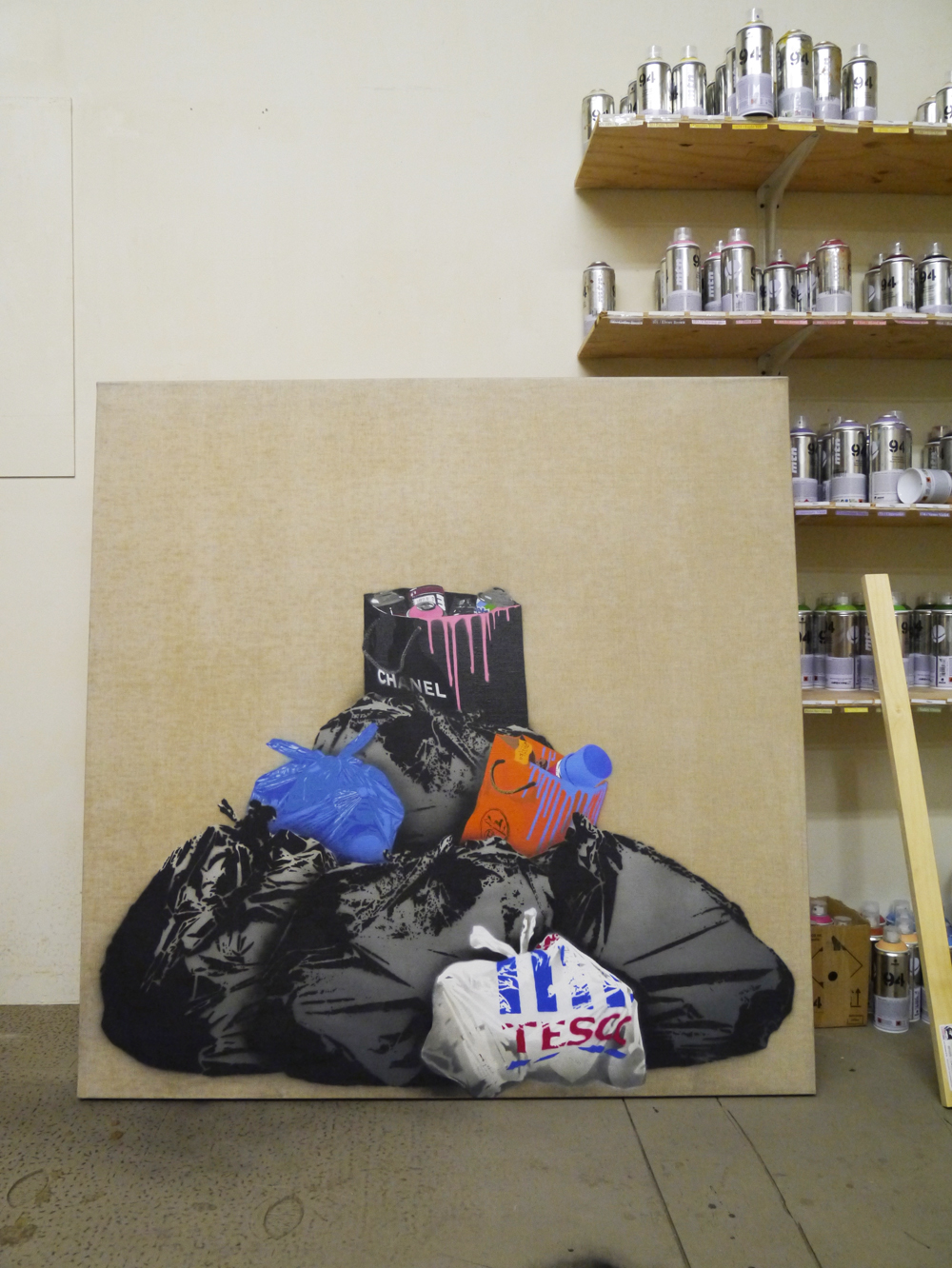 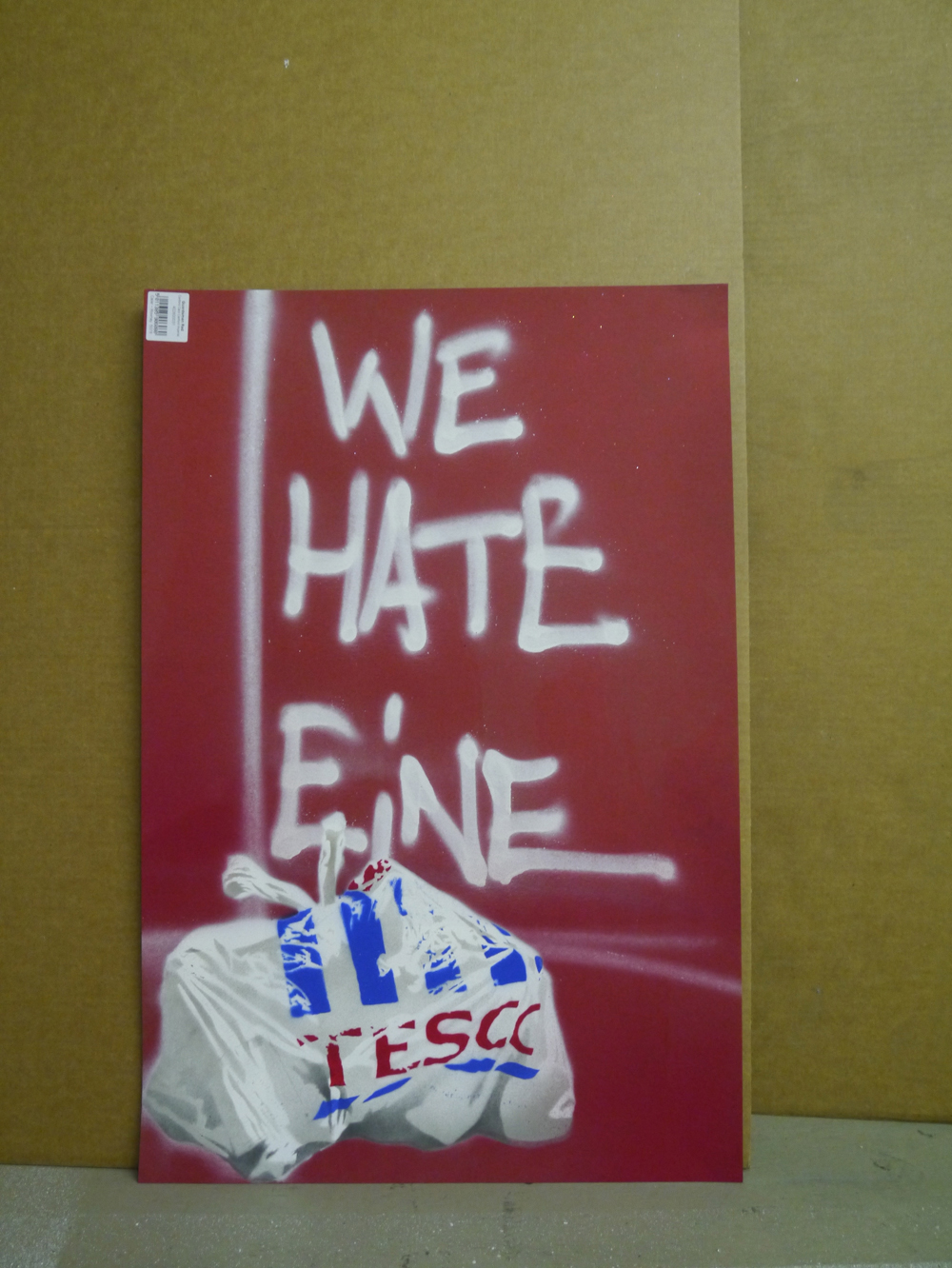 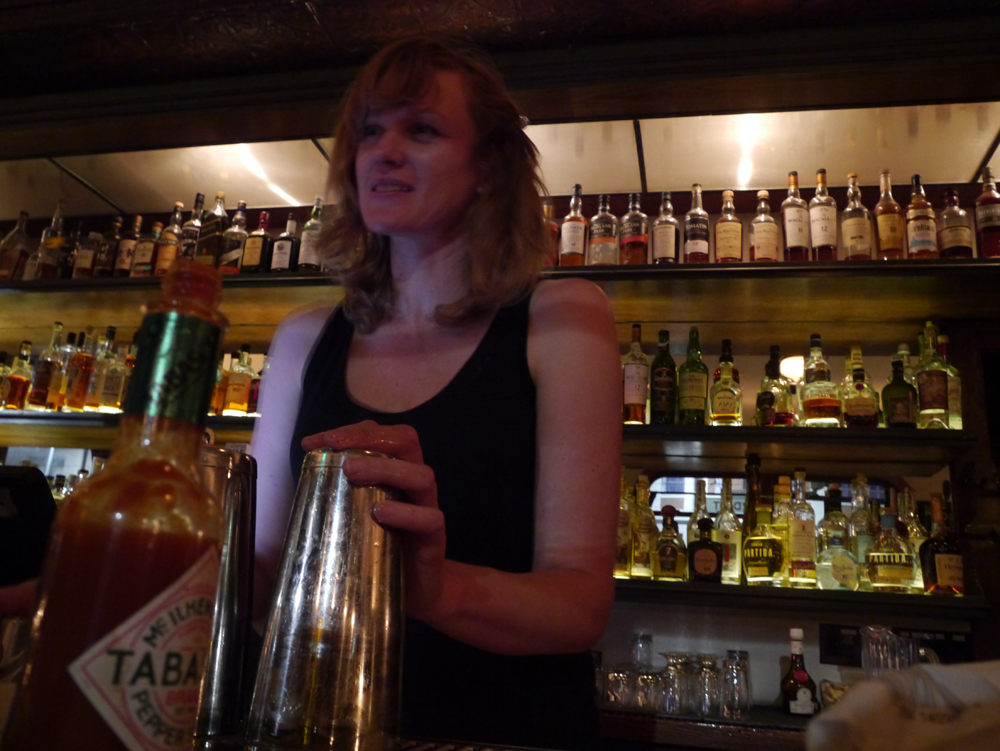 Thanks to megan at the Dog Patch Saloon who kept us watered, like good dogs, no one in San Francisco mixes a whiskey sour like you girl! You rock!

So it was with full fear we went to bergen to paint a wall with Eine and Steph. Not because they are scary but because we were attempting to paint a bloody big wall in the wettest part of the west coast. Famous for the rain, the town had experienced almost 2 months relentless rain pior to our trip. Ben arrived and the clouds parted….lucky basturd! I was straight (?) from Glastonbury and Ben and steph from Roskida, battle weary and soaked the sun made a decent change. Ben smashed the wall in 3 days. Contraversial calculate cash.