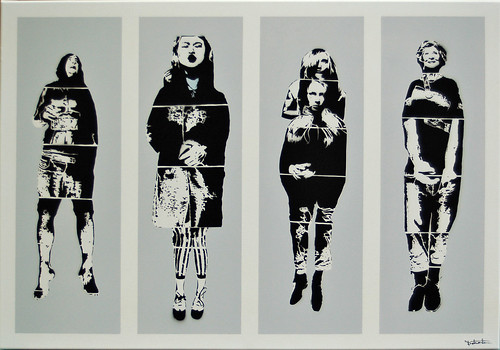 Unique canvas 105cm x 75cm
The work was created using photographs taken in the modified Mighty Booth
at the Royal Academy of Art on the 19th of February 2011 for the Club
Monaco UK launch.
These photographs were cut and pasted, in a manor based loosely on the
Exquisite corpse technique invented by Surrealists, at the beginning
of the 20th century. The work will be auctioned at Sotherby’s on the 22nd of March, the proceeds going to the Royal Academy of Art.