Commissioned by Nuart festival for a stunning new building in Stavanger, Norway.

Over the last few months myself and 2 friends (Tom Mattey and George Tomlinson) have been chatting in various pubs about a photo booth that looks like an elevator, sounds like an elevator and acts like an elevator and produces a photographic souvenir of that experience . At the same time i had been asked to produce an installation for the moniker art fair by Urban Nation. The theme was Brexit and synergy between the themes and object seemed too close to ignore.

The LIFT is a totally new photo booth experience! Appearing like an elevator in the corner of your room…The lift door opens to reveal a life like lift interior, muzak playing. On entering the door slides shut and a lift themed touch screen interface guides you through 4 poses. The last photograph is timed to be taken at the exact moment the floor drops catching all inside in that moment of surprise.

A bonkers new way of capturing the moment. Half ride, half souvenir. An immer- sive journey, a snap of surprise. From entry to exit, it looks like a lift, acts like a lift and plays on your expectations of a lift. Close the door choose your floor, doesn’t matter what you choose we are all getting down!

We’ve been talking about painting this new container park development for a while now, Sheik Abdulla and i. Working out what to paint, where the finished works would go, it’s a new thing for this mountainous corner of the UAE… new ground, corrugated surfaces and a different type of vibe. It’s the first part on a series of works for Grove village that will grow year on year…Watch this space…Grove Village 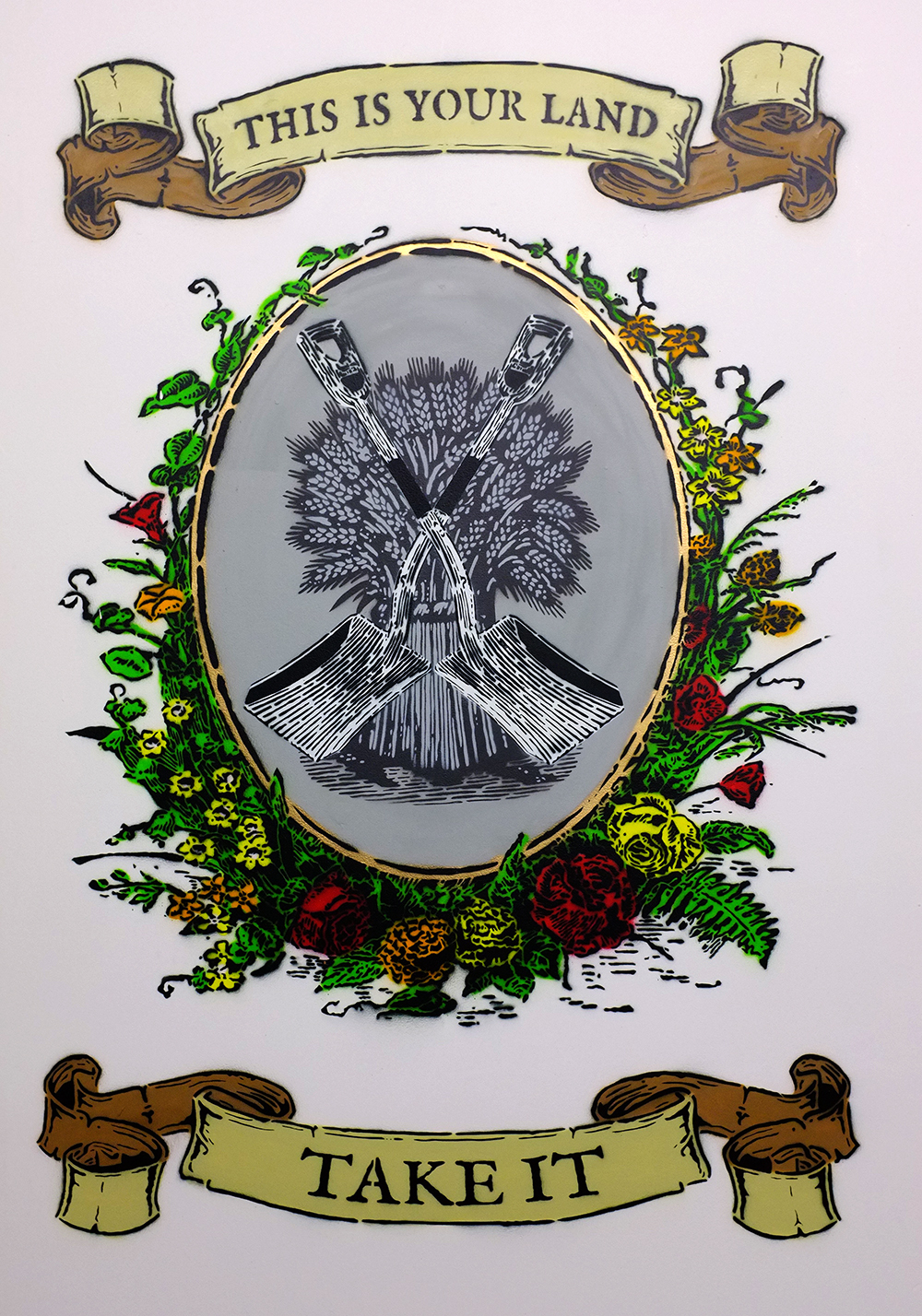 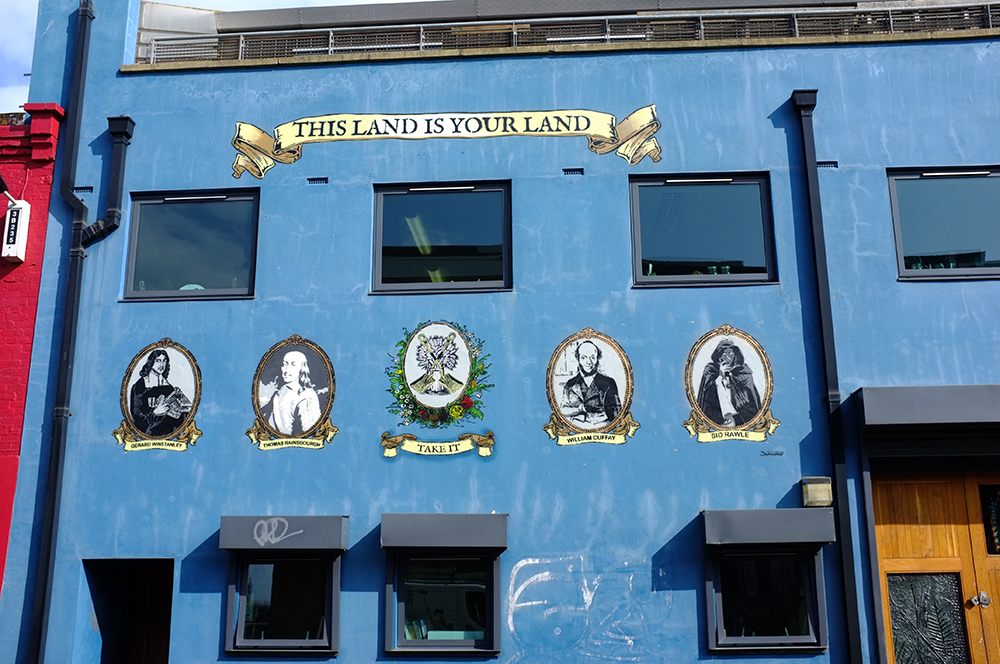 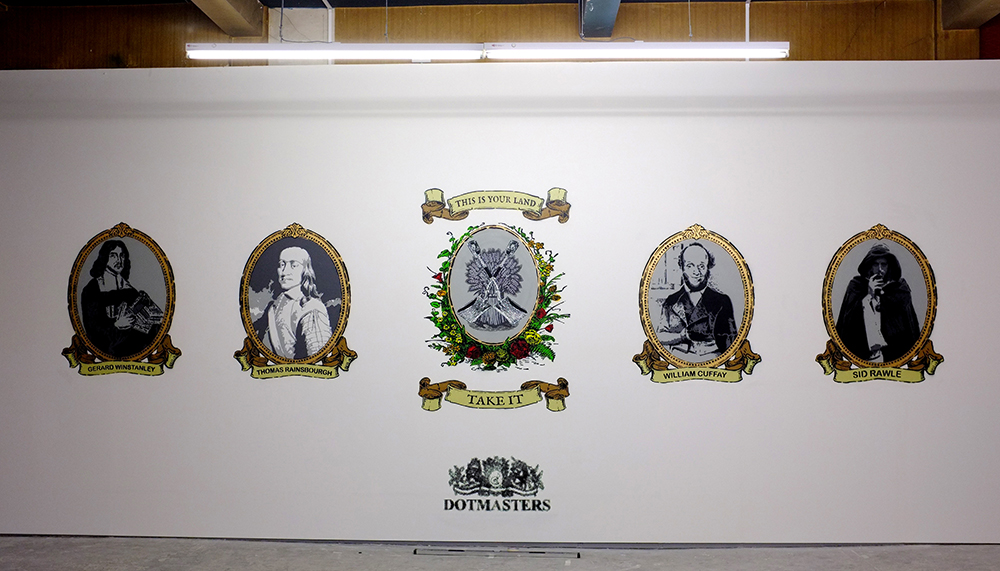 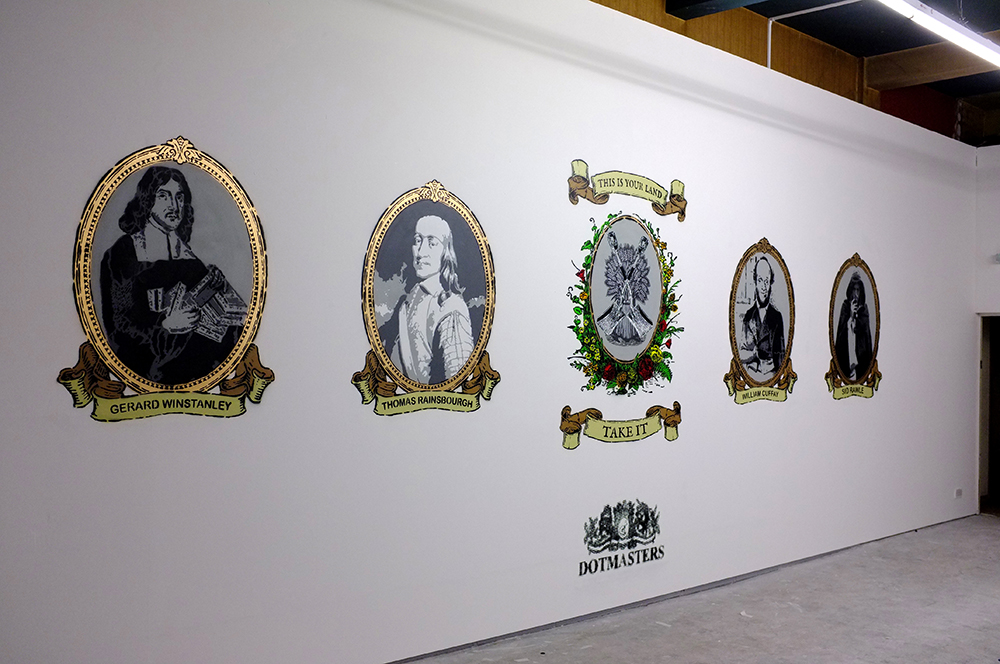 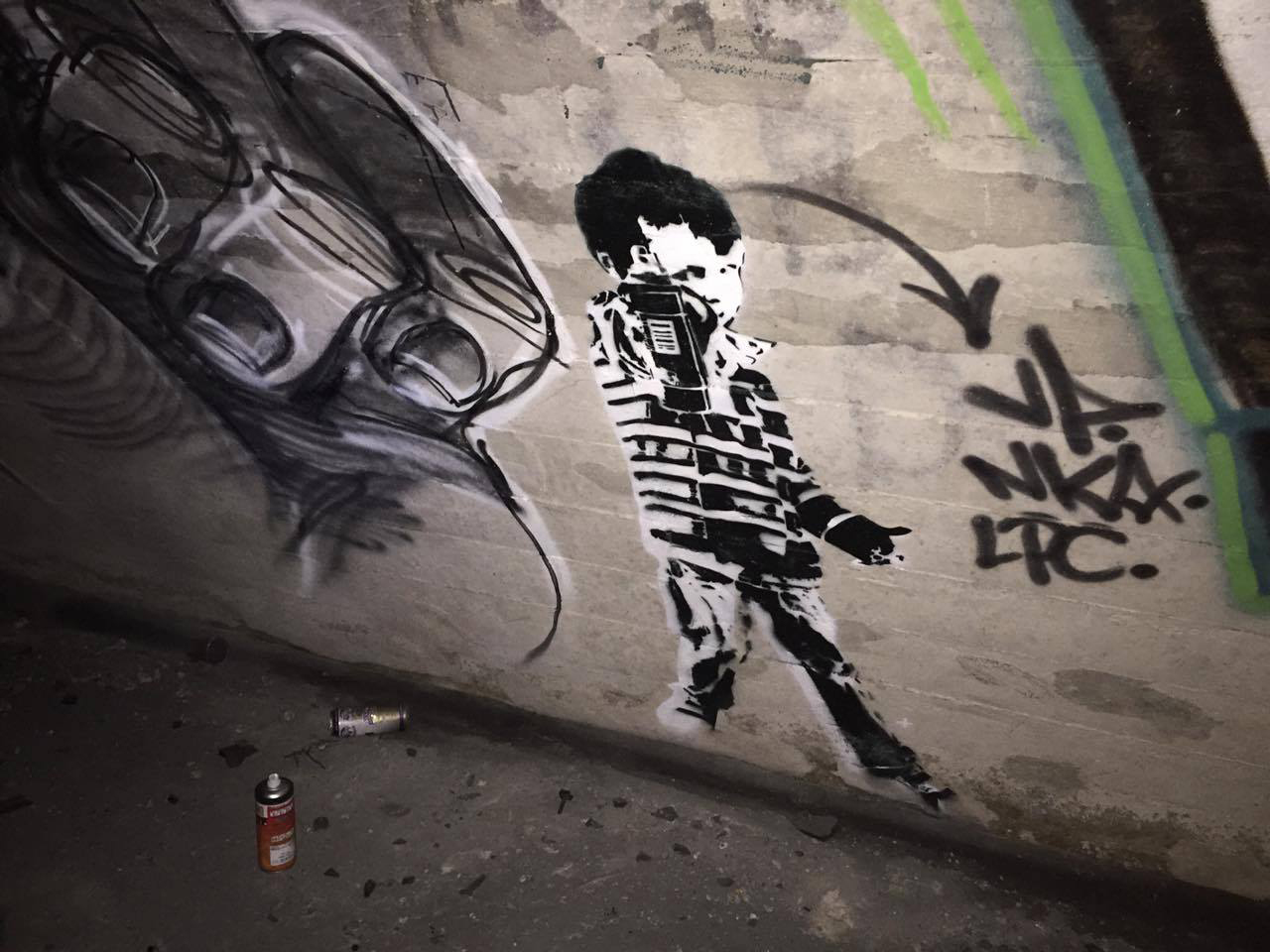 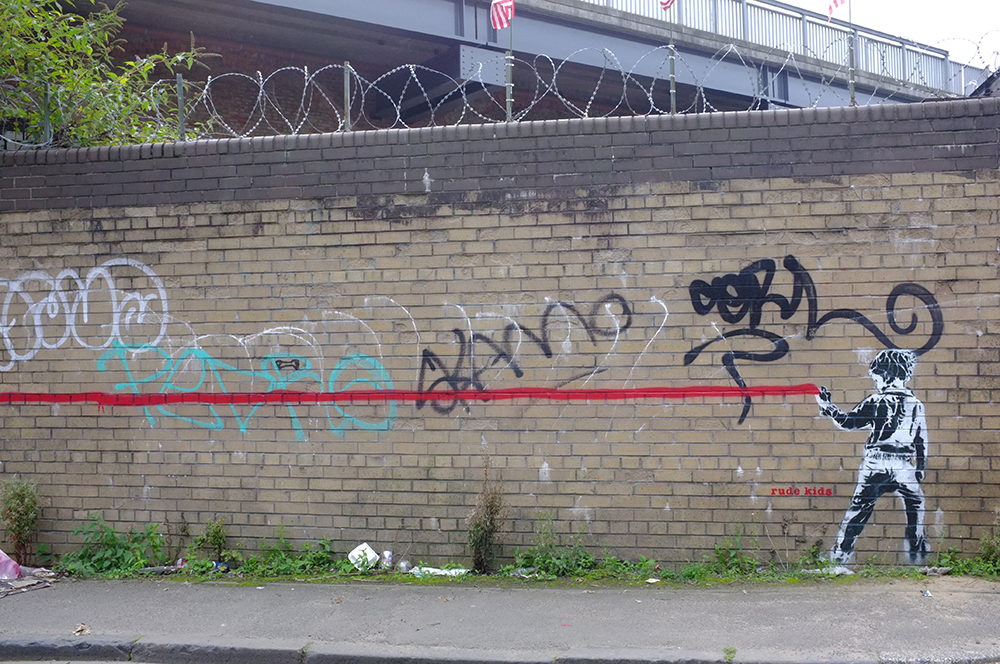 I was super lucky to get Ian Cox  (aka Wallkandy) down while i was painting the Astroboy in Croydon, he takes a great shot and i thought i’d share them. Cheers ian!

Picture by Ian cox aka Wallkandy
The second mural as part of the Croydon Mural Project is finished! Luckily i was the first artist to be asked to paint so… when offered a wall, I thought i could put one on the wall opposite and have the two Toys facing each other, luckily they said yes. After the very girly image of the Ragdoll i thought it would be nice to produce an image that was more male, Astroboy! All of the toys i paint are actual toys from my shelf of plastic crap i have in the studio (see below), Astroboy was something i got given in Japan a few years ago when i was doing a show with Rat king in Tokyo and have painted smaller versions for shows as part of the Toy series but really wanted to see it big! 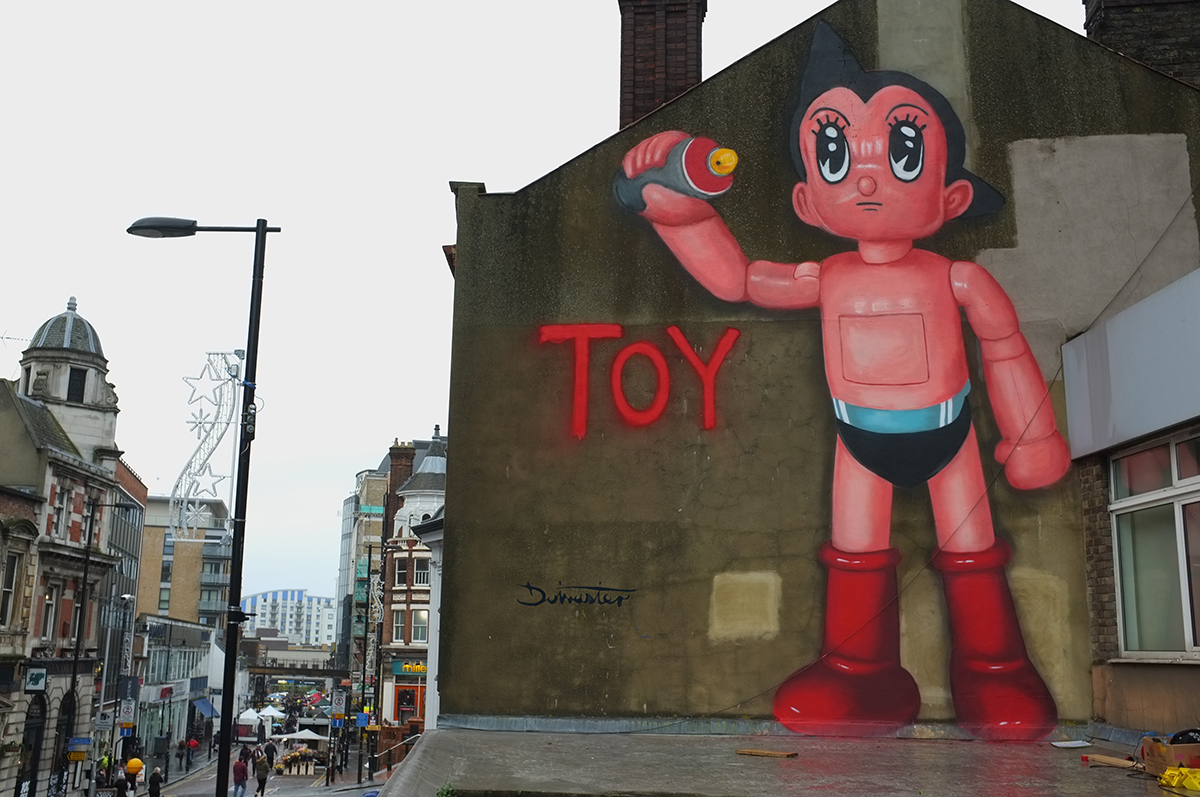 A huge thanks to the Croydon Mural Project for getting me the walls and sorting out all the logistics. I had a fun couple of weeks in Croydon if not a little wet and i look forward to seeing what other artists put up around the town during the duration of the project 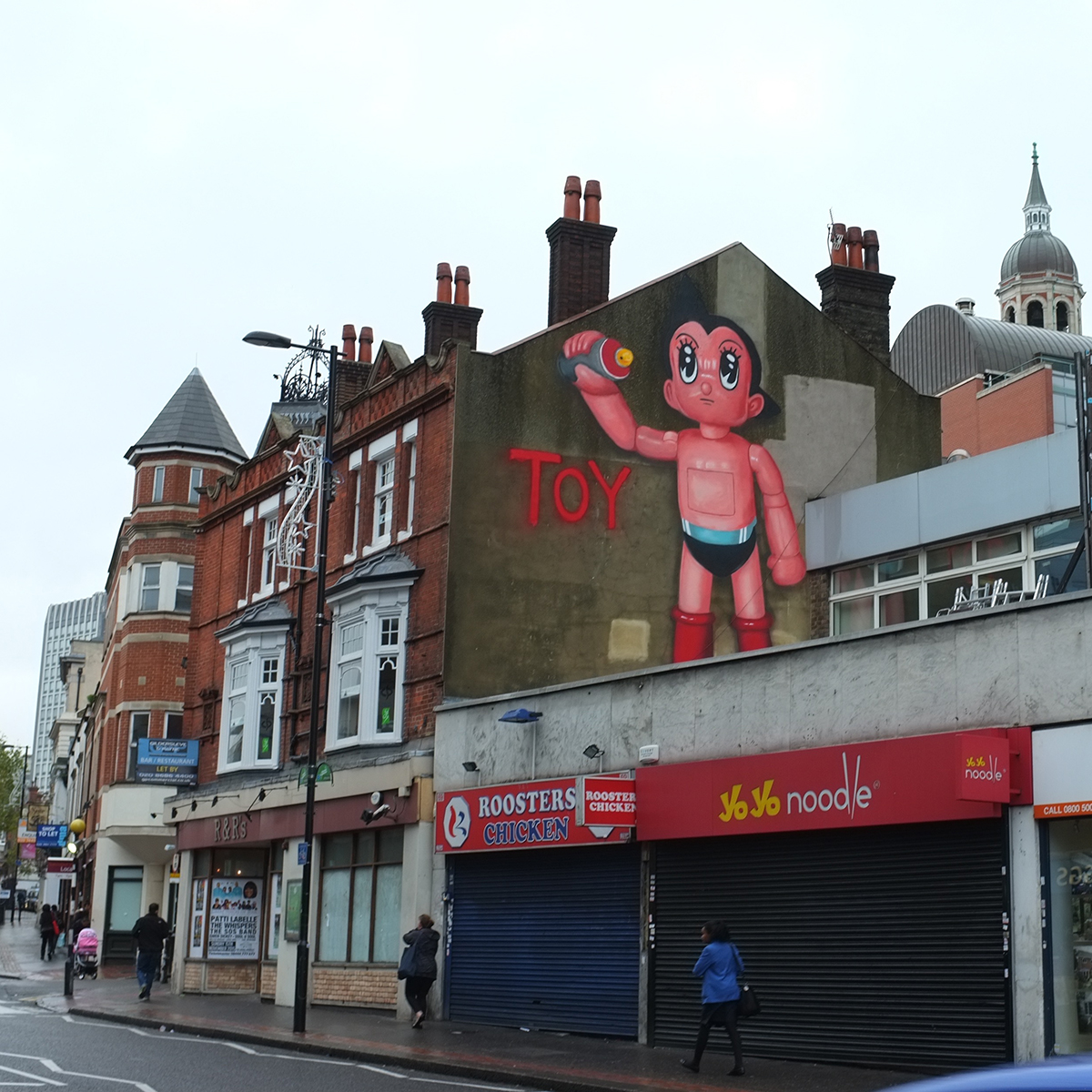 It has been a bit busy over the last few months to do updates, so this is a blog catch up. The exhibitionist hotel’s Trash city suite opened on the 13th of may, with this inside outside thing going on. Wallpaper and gilt frames on the balcony and trash and flash on the inside. 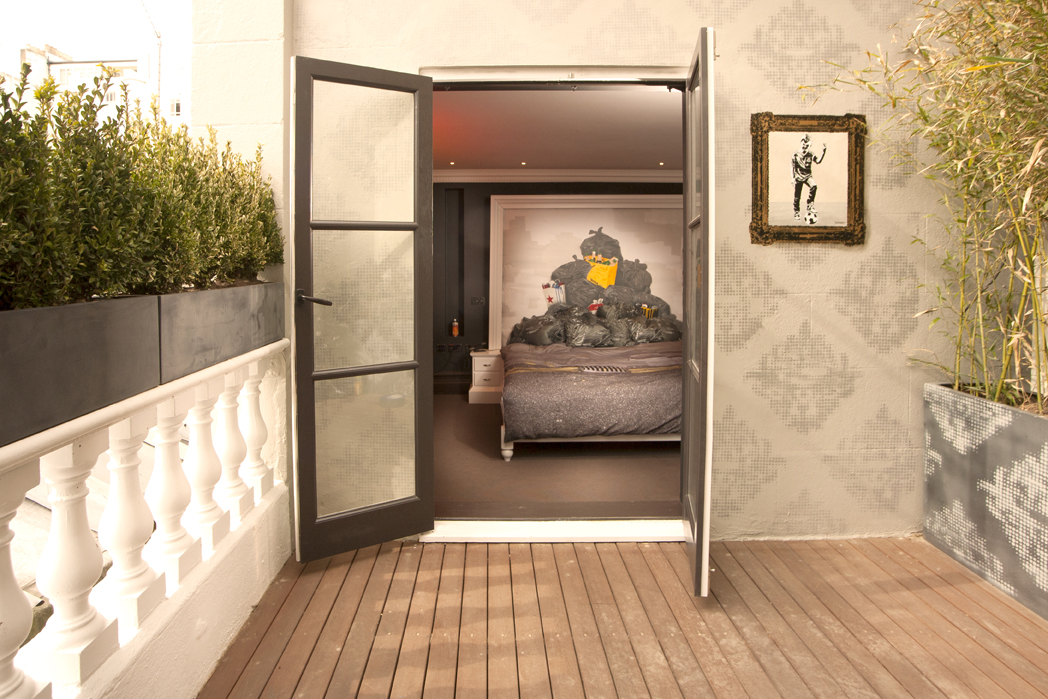 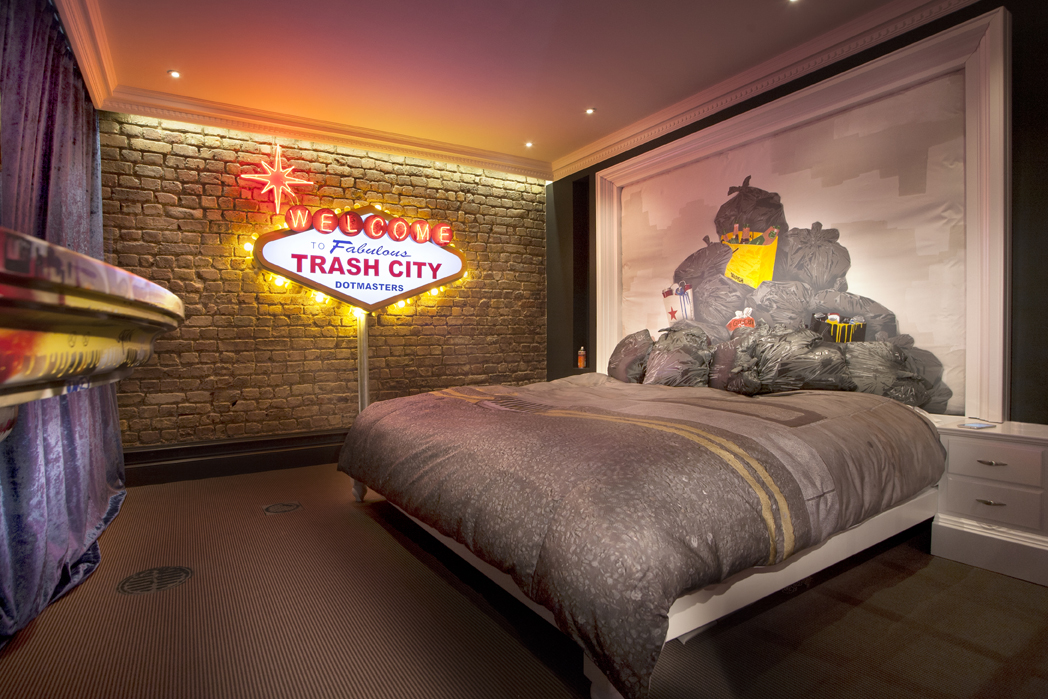 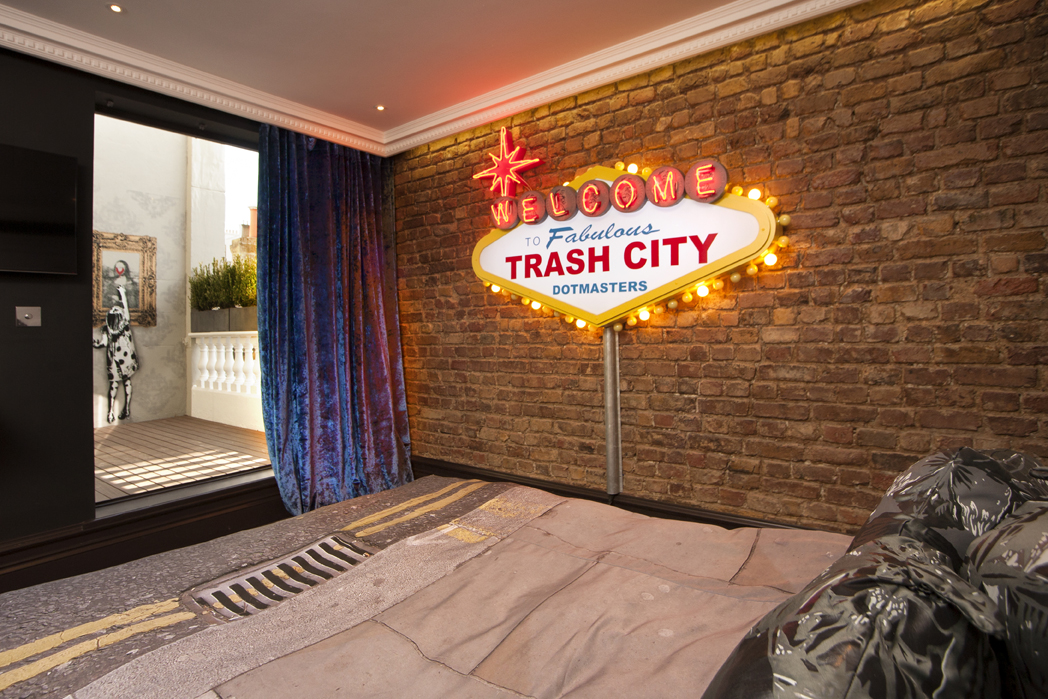 A good time was had on the opening and room service had a heart attack but a lot of fun was had by all Thanks Exhibitionist hotel and to attollo-art for making it possible. 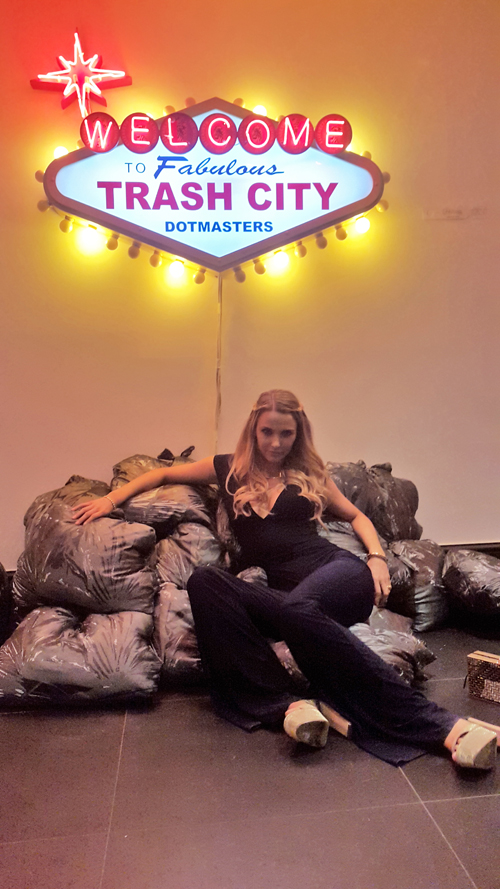 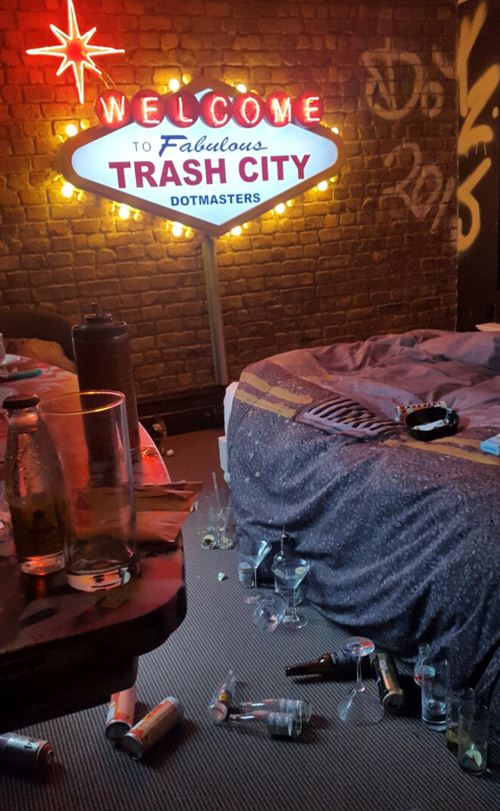 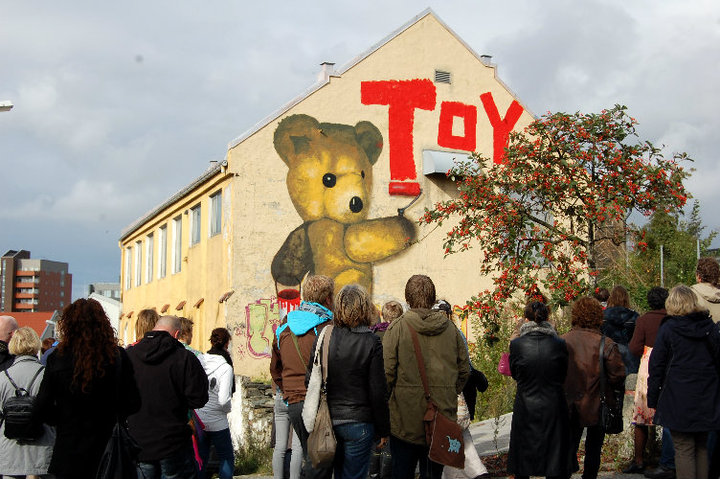 It’s often hard being an artist and head of production for Nuart, your often too busy to really make a mark and often facilitate other artists walls before turning to your own needs. So this is a call for walls, to you the people of Stavanger. Have a Dotmaster work upon your wall! I’ve been coming to the town for 8 odd years now…jeez… Half my bloody facebook is in Norwegian! So now its time to call in a few favours. I need some walls to host my own work around the town of Stavanger. I made around 5 over life size characters to dot around town (excuse the pun) and need a few walls that are 2.5m high by 1.8m-2.5m wide…Ring any bells? Perhaps the side of your house, shop or oil museum? Don’t hold back! it just needs to be flat (i know, i know, that cuts a lot of traditional houses, but…) any colour will be considered. If thats not you, then perhaps you know someone with wall, perhaps they have a boat, a business, an oil museum? If you do then mail mjolbo@gmail.com and ask for Super Marte 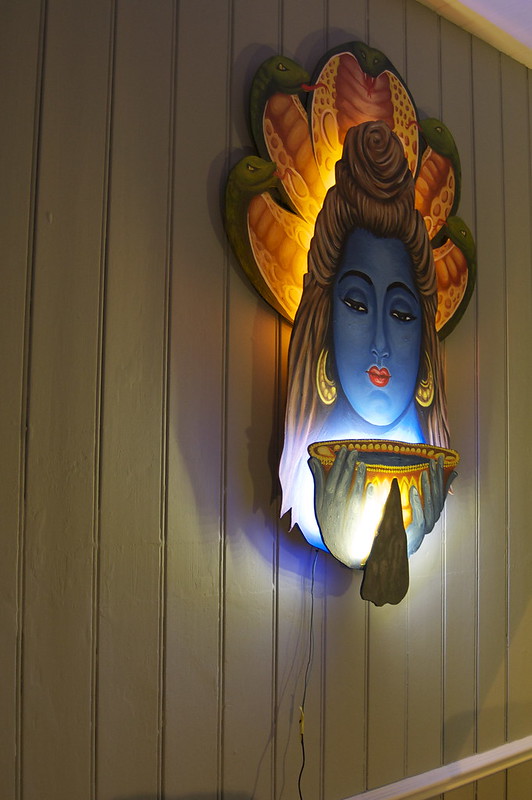 Its a long story as to why i made this….its kind of a experiment come commission, A take on the indian devotional paintings of shiva in the same style. A kind of devotional altar…Thanks to Erwin for the help with lighting it!
1.4 x 1m x 0.25m Wooden construction light with 12v LED lights.

and again in day time face on