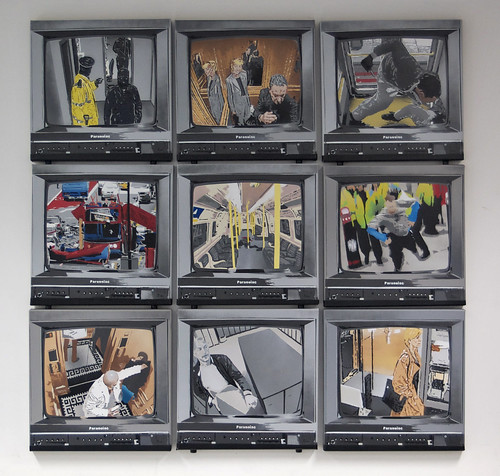 At  Last, its taken months, but the capture series is finished. Nine 40x 40 cm canvases that depict cultural cctv moments from a London centric perspective. “The CCTV camera is the perfect icon for Britain today, summing up the nature of the changing relationship between civil society and political state. They are an innovation in which Britain leads the world both technologically and in usage and are the visible manifestation of so many things which happen out of sight. It is almost impossible to avoid their gaze for an entire day and sitting like steel crows on their perches above us, truly they are emblematic of modern Britain.” Perry de Havilland

Here is the last in the Capture series, Saud Abdulaziz bin Nasser al Saud beating Bandar Abdulaziz in the lift at the landmark hotel london. Will post some pictures of the whole series together once they are hung in their new home. 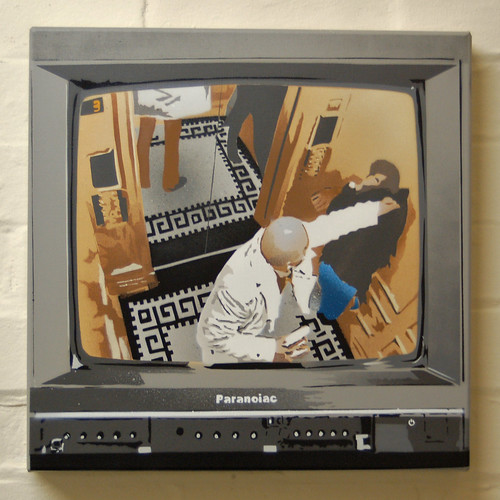 The penultimate canvas in the Capture series, Ian Tomlinson. This image in fact sparked the whole series. Discussions with the commissioner at the time of Ian Tomlinson’s death gave us the idea of doing a series of images based around captured moments of important British cctv footage. All the footage of this moment at the G8 protests in london are rather shaky but i thought it important to include this particular frame. The last one in the series is on the bench now…Coming soon. More pictures of the whole series here 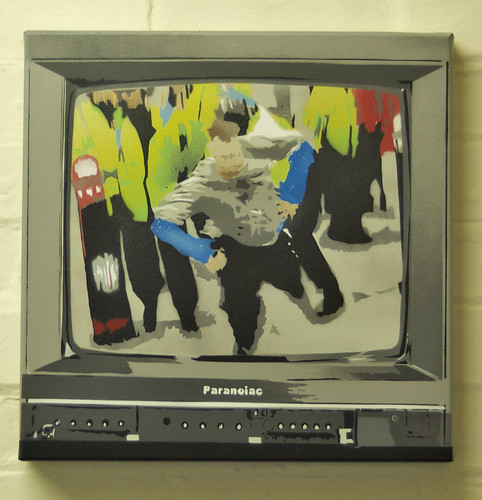 Kicking off 2011 is the completion of the capture series. There are 3 more remaining to make the 3×3 matrix of cctv monitors, 9 in all. Featured so far, the last cctv footage of Diana & Dodi, 7/7 bus bombing, Brinks Matt robbery, Heathrow securitas robbery,  the shooting of Jean Charles Menezes, the stabbing of Derek Spaulding and now the last sighting of Jill Dando. There are 2 left in the series and they should follow later next week. All images are taken from cctv footage, the shots are candid photos of events and moments and not my composition. This unusual for me and the process has been a strange one, the recreating of a low res video image in spray paint has been a tricky one and i am looking forward to seeing them all together. More pictures of the rest of the series here 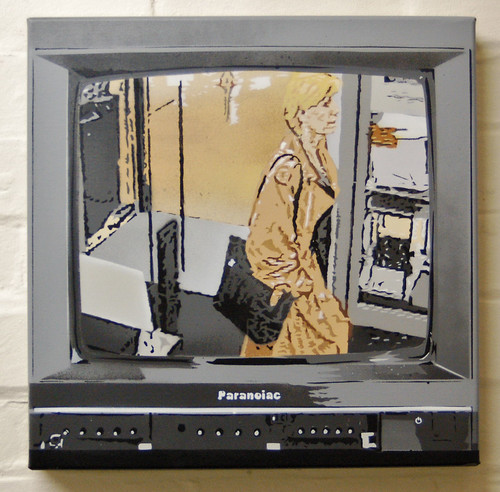 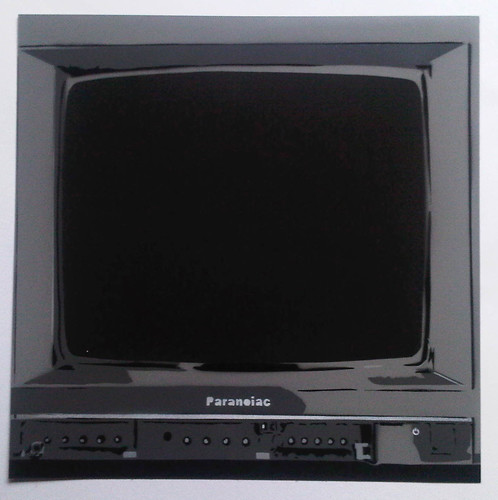 working on some new stuff here’s a taster, content soon to be scheduled